The Jewish a cappella group Six13 created a mash-up of classic tunes from Jewish musician Billy Joel for their new Passover song, aptly titled “A Billy Joel Passover.” The music video for the track begins with the group’s rendition of Joel’s “Piano Man,” which they turned into “Pharaoh Man.” Joel’s “We Didn’t Start the Fire” […] 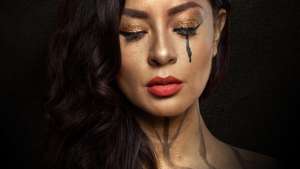 Ecuadorian-Jewish, Latin Grammy-winning artist and World Vision Ambassador Paulina Aguirre has released her new single and accompanying video “La Tierra Llora,” a new and powerful song that draws attention to climate change of the earth and inequality around the world. To underscore her condemnation of the tragic events occurring in Europe today, Aguirre has dedicated the song to the […] Tzimmes, the Vancouver-based Jewish band under the direction of Moshe Denburg, has just released a two-disc recording, The Road Never Travelled, celebrating  its 35th anniversary. This is the group’s fourth album. Denburg figures prominently in all the selections, as vocalist, guitarist, composer or arranger. The Montreal native, son of Orthodox Rabbi Chayim Denburg and Yiddish singer Miriam […] 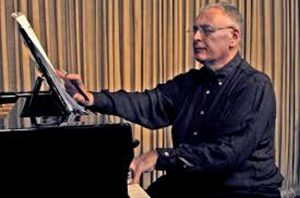 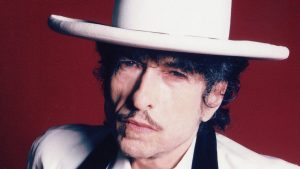 US singer-songwriter Bob Dylan has sold the rights to his entire back catalogue to Universal Music Group (UMG). The deal is one of the biggest acquisitions in Universal’s history and means the company will collect all future income from the songs. It includes both the income Dylan currently receives as a songwriter and his control […]

Enjoy the music of “The Shalva Band” performing at the Closing Plenary (2018), and find out more about their top media award

The Shalva Band Performs at the Closing Plenary The Shalva Band performed 5 songs including the 3 national anthems of the USA, Canada and Israel. Shalva Band to be honored with top media award The Shalva Band will be granted a special citation for fostering Israel-Diaspora relations through the arts, as part of the B’nai […] Grave of Samuel Cohen, composer of Hatikvah is restored

Shmuel Cohen, or Sam Cohen to us less Yiddish aware, is a relatively common Jewish name.  There are 708 Sam Cohens in just California and New York alone.  There is only one Shmuel Cohen who should be honored as “The Shmuel Cohen.” Few ever heard of him. Shmuel Cohen died November 1940 in Rishon LeZion.  […] 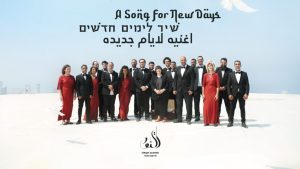 Atop a soaring Tel Aviv skyscraper, an orchestra of Jewish, Muslim, Druze and Christian musicians from across Israel performed the Emirati song “Ahebak” (“I Love You”) in tribute to the historic Israel-UAE peace treaty. Posted on Sept. 15 to coincide with the Abraham Accords signing ceremony in Washington, the clip now has a quarter-million YouTube […]