Celebrate Diversity and Unity through story and song: Soul To Soul

Soul to Soul is the electrifying and emotionally captivating theatrical concert that follows the experiences of two minority peoples and their paths to America’s promise of freedom—overcoming segregation, prejudice, and economic hardship. An event not to be missed. For the first time, this year’s Soul to Soul will feature singers from the Oscar- and Grammy-nominated IMPACT Repertory Theatre. The […] 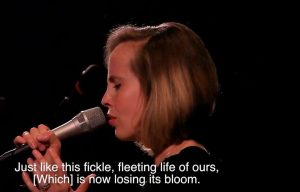 Moti Giladi sings “My Way” in Yiddish (Mayn veg) at the Festival of Jewish Culture in Warsaw: “Singer’s Warsaw” in Warsaw, Poland, in 2007. The festival, which has been taking place since 2004, is named after the prominent Yiddish writer, Isaac Bashevis Singer [1902–1991], who was born in Poland at the turn of the 20th century. Singer was named […] Traditional Hanukkah Songs from Around the World

We want to be sure everyone has a chance to enjoy the full richness of the holiday, and we don’t just mean the delicious fried richness. I am excited to tell you that I am leading a tour next year to Moldova and Romania that will focus on the Jewish history and culture in these countries. I will also organize some local klezmer concerts (myself with local musicians) as well. I bring a unique perspective from many other tour guides as […]