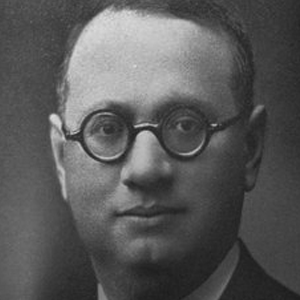 Meyer Machtenberg was one of the finest and most sought-after traditional synagogue choirmasters in America during the first half of the 20th century. He was best known on the Eastern Seaboard—and most especially in the greater New York and Philadelphia areas. At one time or another he worked with most of the great virtuoso star cantors of that period, in an era when cantorial choirs were much prized.

Machtenberg was born in Vilna (Vilnius), where his uncle, Avraham Machtenberg, was the hazzan at the Ḥevra Kaddisha Synagogue. As a child, he sang in several synagogue choirs—first with Cantor Moshe Ḥayyim Feldman Vilkomer and then in the Vilna Stadtshul (City Synagogue), where the chief cantor was Gershon Sirota (1874–1943), one of the most celebrated cantors of the era, who was murdered by the Germans in the Warsaw Ghetto. While under the tutelage of the Vilna Stadtshul’s well-known choirmaster, Hazzan Abrahamson, the young Machtenberg acquired the sobriquet “Meryerl der sorpan” (Little Meyer the Soprano). He also benefited from serious musical training in addition to voice instruction for the choir, and during his teen years, he began officiating as a cantor in a number of small towns near Vilna.

When he was seventeen, Machtenberg immigrated to America, where he was engaged as the choirmaster for Hazzan Kazimirsky in New York and also as a choral director at the Manhattan Opera House (founded and directed by Oscar Hammerstein). When Gershon Sirota arrived for his first United Sates tour, in 1921, he stipulated that Machtenberg be his choir conductor, and indeed his former choirboy conducted for his celebrated concert at the Metropolitan Opera House as well as for his other American concert and synagogue services. Machtenberg did the same for the brilliant cantor Moshe Koussevitzky’s first American concerts, and on many of Koussevitzky’s recordings as well.

In 1924 Machtenberg became the choirmaster at Brooklyn’s prestigious cantorial pulpit, Beth El of Boro Park, which has been served over the years by such internationally reputed cantors as Mordecai Hershman, Yossele Rosenblatt, Moshe Stern, and Koussevitzky. Throughout the first several decades of the century, Machtenberg conducted for nearly all the important cantors, including, in addition to those cited above, Leib Glantz, Jacob Rappaport, and David Moshe Steinberg. He is the conductor on many of Rosenblatt’s recordings, and he prepared and conducted his augmented boys and men’s choir for the famous 1931 cantorial film The Voice of Israel, produced by Joseph Seiden, in which Cantors Rosenblatt, Hershman, Joseph Shlisky, David Roitman, Leibele Waldman, Adolph Katchko, and others appear. Among the many young boys who sang in his New York choirs during his early years in the city was the future Metropolitan Opera star tenor Jan Peerce.

Machtenberg wrote many fine settings for cantor and choir in the traditional eastern European mold, sometimes inflected with elements of Yiddish theatrical and folk idioms. Several of his compositions became extremely popular among cantors, fellow choirmasters, and congregants, and a few of them are used regularly to this day in traditional synagogue settings. But his best settings remain in manuscript, which are circulated in that form by the decreasing number of cantors familiar with them; and most have become rarities. Some of his pieces have been attributed unintentionally but incorrectly to others over the years, especially since recordings during the so-called Golden Age of cantorial art in America frequently failed to credit composers (or conductors) of choral settings. This often led to the erroneous assumption that they were composed by the cantors singing on those recordings. An example is Machtenberg’s setting of the final strophe (r’tzei atiratam) and refrain (lishomo’a el ha’rina) of the piyyut (inserted liturgical poem) b’motza’ei m’nuḥa. This is sung during the special, often elaborate service inaugurating the daily recitation of the penitential liturgy (s’liḥot) prior to Rosh Hashana and until Yom Kippur, known as S’liḥot for the First Day [of the s’liḥot recitations] or the First S’liḥot—or, more simply and colloquially (with its inaugural function understood), the S’liḥot Service. Because that setting was included by Rosenblatt on one of his well-known recordings, listeners have wrongly assumed it to be his composition.

It is unfortunate for Machtenberg’s legacy that outside the world of cantorial cognoscenti he is best remembered for the few pieces that he published, which in no way adequately represent his artistic capability. Most famously in that context, his name is still associated with his popular setting of sheheḥeyanu (the b’rakha recited on various seasonal occasions to express gratitude for having been sustained and preserved thus far and therefore able to reach and witness that seasonal occasion or celebration), whose style bears more in common with a vaudeville act than a sacred service. Less known today, but at one time current in some traditional circles, is his published setting of uv’yom hashabbat, from the Sabbath day mussaf service. Replete with “oompah” clichés, deliberate mispronunciations, and detached syllables as tongue twisters, it is cause for concern to anyone familiar with the words and their reference to the ritual of the ancient Temple in Jerusalem. Neither of these pieces can legitimately be considered sacred or liturgical music; obviously, they were published for commercial purposes as entertaining crowd pleasers.

Pieces such as Sheheḥeyanu and Uv’yom hashabbat do not represent fairly Machtenberg’s talents, for his lesser-known unpublished pieces reveal far better taste and a sense of the appropriate, as well as respect for the texts, even if tunefulness abounds. This is well illustrated not only in his aforementioned r’tzei atiratam, but even more substantively in his solidly constructed and musically viable setting of the entire Torah service, which was sung by such artists of stature as Jan Peerce and Cantor Jacob Barkin. A search through Machtenberg’s extant manuscripts and fragments, which might yield other similarly worthy settings, would constitute a valuable research project.