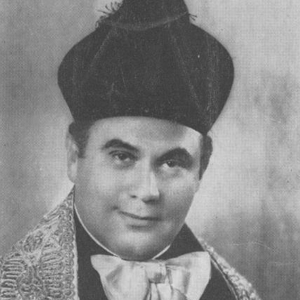 William Bogzester was born in Vienna, where he had his first exposure to cantorial art, and he immigrated to the United States when he was in his twenties. In New York, in addition to freelance cantorial officiating, he was active in the Jewish Ministers Cantors Association (Hazzanim Farband), whose membership consisted mostly of traditional cantors—lay as well as professional. Throughout his life he was a highly visible personality among New York’s cantorial fraternity, known affectionately by colleagues as “Willie Best.” Prior to the existence of any formal cantorial schools in America, he also established a reputation as a private teacher, and several among the succeeding generation of accomplished cantors were his students. Bogzester wrote a number of cantorial compositions, some of which were programmed frequently in cantorial concerts—especially those presented by the Hazzanim Farband, often with a chorus of more than 100 voices.