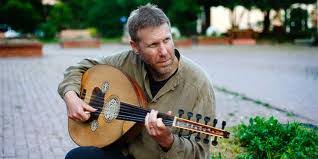 Notable compositions include music for the Oscar-winning short film West Bank Story (2007), as well as site-specific commissions for the Getty Museum and others. His world music group, The Yuval Ron Ensemble, focuses on peace issues and interfaith dialogue, and tours internationally, including festival appearances in Israel, Morocco, Turkey, and a performance for the Dalai Lama. Yuval Ron also lectures at major universities on the subjects of sacred Middle Eastern music, spiritual foundations of creativity, and the impact of sound on healing.