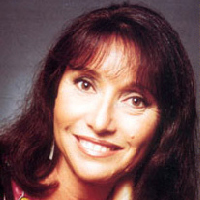 Born in London and raised in Israel , Shuly Nathan, singer and storyteller, made history with the song ‘Jerusalem of Gold’.

At the age of 16 she started playing the guitar, singing and collecting folk songs. During her army service she worked as teacher for illiterate adults in a new border settlement in the south of Israel . During that time she participated in several amateur radio programs.

Writer and composer Naomi Shemer heard one of the programs and Shuly Nathan was asked to appear in the annual Independence Day Song Festival in Jerusalem, not in the actual contest but with an “ornamental song”, a request by Jerusalem ‘s mayor, Teddy Kollek. The song was “Jerusalem of Gold”, which mesmerized the audience and overshadowed the whole festival. Shuly was asked to sing it again, and the entire audience stood up and joined in.

Two weeks later the 1967 war broke out and the song became the anthem of the war, a prayer for the reunification of Jerusalem .

Since then, Shuly and her guitar have traveled the world, bringing the songs of Israel to audiences everywhere. A gentle, compassionate story teller, she weaves a narrative that combines Jewish folklore and legends, personal history, and, first and foremost, the stories of the songs she sings.

In Israel and overseas, Shuly performs for all audiences, engaging them all in song. She has filled concert halls and outdoor arenas. She performs in schools, old-age homes, and sings for populations with special needs. With each audience she has a special rapport, responding to them as they respond to her.

The death of Naomi Shemer was a great loss to all song lovers in Israel, and a great personal loss for Shuly, who has given many concerts in memory of the woman who put the feelings of the people of Israel into words and music. These concerts are ‘singing lectures’, in which the story of Israel and its people unfolds with each song.

When appearing in the US, Shuly Nathan holds special meetings with schoolchildren, especially in the Solomon Schechter Schools. She has appeared in Jewish schools in Central America, Canada and Australia. These meetings provide the children with an opportunity to speak to an Israeli artist and mother, who is attuned to their questions and curiosity. She tells of life in Israel, teaches songs, and creates a sing-along of great educational and Jewish value.