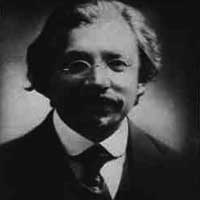 Russian born Yiddish author. One of the great Yiddish writers, he is best known for his humorous tales of life among the poverty-ridden and oppressed Russian Jews of the late 19th and early 20th centuries. He was one of those rare storytellers whose works sum up the outlook of an entire culture. His works include five novels, many plays, and some 300 short stories. In the last years of his life Sholem Aleichem lived in the United States; he died in New York City where he helped to found the Yiddish Art Theater. Many of his works have been adapted for the stage, most notably the musical “Fiddler on the Roof.”

The Golden Peacock: The Voice of the Yiddish Writer

Stories by Sholom Aleichem: In honor of Jewish Holidays for children from 8 to 88 and older…