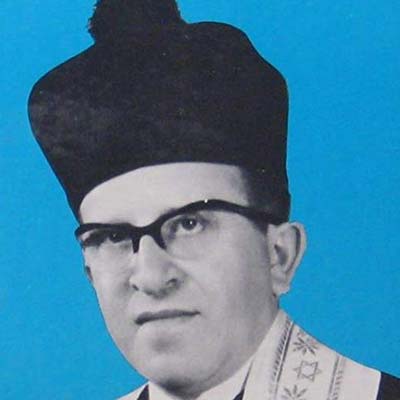 Cantor Samuel B. Taube. was born in Zelod (near Lodz) Poland, from a chassidic family — a son, a grandson and great-grondsen ol cantors.

Al the age ol 11 he moved with his parents to Austria, where he continued to sing in his father’s choir.

Alter 6 years of talmudical, studies he went to Vienna to study music and chasanuth, also with the then world famous cantor and musician Cantor Emmanuel Frankek, of the “Polishe-shul”.

His outstanding lyric-dramatic tenor voice, his extraordinary musicality as well as his unusual ability to read music at first sight, soon made him to be regarded by his teachers as on excellent musician and a young cantor of great promise.

His first position was at the Montefiore Synagogue in Vienna. From there he went to Paris, France. to accept a position as cantor of the “Synagogue de la Rue Montevideo”. Here he remained until 1943, when the German occupying forces arrested, and deported him to Auschwits Concentration Camp. He managed to survive it truly by the grace of God, who has endowed him with a powerful voice and musical abilities, and was able to sing (practIcally every day for 18 months) “liedr” and operatic arias in several languages, through which his life was spared by his tormentors and he was liberated In 1945.

In 1949 he accepted an invitation to succeed Cantor Jacob Kussevitsky in the Dalston Synagogue in London, England, and in 1951 was coiled upon to succeed Cantor David Kussevitsky at the Hendon Synagogue, the largest In London. Here he remained until the summer of 1958, when he decided to accept the position as Cantor ol the Beth Sholom Congregation, the largest orthodox Synagogue in Washington D. C.

Albums by Samuel B. Taube