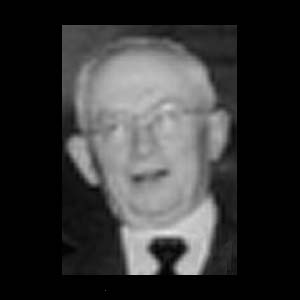 Herman Zalis – conductor, composer, organist, teacher. He was born in 1885 on the territory of the Russian Empire.

He was a choir of the Odessa synagogue of Brodsky, whose choir regent was David Novakovsky. It was Novakovsky who became the first music teacher for Zalis. Later, Zalis managed to enroll in the St. Petersburg Conservatory, in which he studied in the composition class with Nikolai Andreevich Rimsky-Korsakov.

In 1916 the tour of Clara Jung, which toured in Petrograd, put his operetta “Khatskele Kolboynik” on the libretto of Yehuda Leib Baumvol (directed by Wolf Zilberberg).

In 1923 he immigrated to the United States, where together with actor Wolf Shumsky wrote for the New York theater “Hopkinson” the operetta “Velv shaygets / Velvet hooligan”, which premiered on December 31, 1924.

By this time, Zalis had already taken office as chorus master of the Temple Emanuel synagogue in Borough Park, New York. From that moment until his death, he remained in office. For 45 years, Zalis has worked with such outstanding cantors as Zvulun Quarters, Benjamin Levitt, David Kusewitsky. Their cooperation continued beyond the synagogue. For Zvolun of the House, Zalis recorded and prepared for publication a three-volume collection of liturgical compositions and recitative: “Zmirot Zvulun” (New York, 1928). Zalis was also a long-time accompanist of the Apartment, with whom in 1924 he made a series of entries for Brunswick, and Koussevitzky, with whom he worked for Columbia and Tikva. In addition, for 12 years, Zalis worked as an orchestrator of the department of foreign music RCA-Victor.

Among his students were the cantors Henry Worman, Paul Sheldon and Louis Danto.