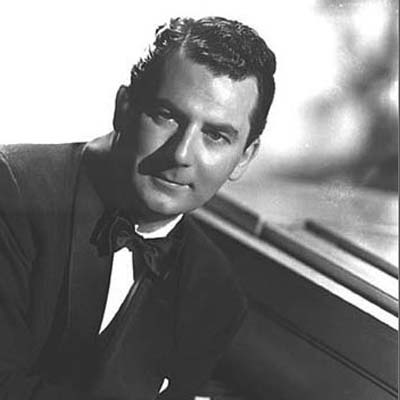 Irving Fields (born Yitzhak Schwartz; August 4, 1915 – August 20, 2016) was an American pianist and lounge music artist who was born in New York City.[1] Some of his most noteworthy compositions include “Miami Beach Rhumba”; “Managua, Nicaragua”; and “Chantez, Chantez,” covered by Dinah Shore in 1957. From November 1, 1954 to January 3, 1955, he and his orchestra appeared on the DuMont Television Network series The Ilona Massey Show, hosted by Ilona Massey.

Fields’ most famous album is Bagels & Bongos (1959), recorded for Decca Records with his trio, which sold two million copies. The next year he released the sequel More Bagels & Bongos, which was reissued on CD in 2009 by Roman Midnight Music under the direct creative advisement of 94-year-old Fields, the only reissue commissioned directly by Irving. Fields claimed to have recorded nearly 100 albums featuring trios, quartets, orchestras and solo. His most known work is the 1960s output that directly followed Bagels & Bongos and fused international music with Latin, including: Bikinis and Bongos, featuring Hawaiian music, Pizza and Bongos featuring Italian music and Champagne and Bongos featuring French music. He also did an album of songs done in a Twist style called Twistin!. Fields’ sister was Peppy Fields, often called the Sophie Tucker of Miami, who hosted celebrity radio and TV shows for 35 years.

Fields wrote, upon a fan’s request, a YouTube theme song. The song, “YouTube Dot Com Theme Song”, which he wrote within fifteen minutes, has subsequently received over 800,000 views and was released on iTunes. In July 2012 Roman Midnight Music, a Manhattan indie book publisher/music label owned by music critic and author Aaron Joy published The Pianos I Have Known: The Autobiography Of Irving Fields. The book was created via conversations between 94 year old Fields with Tony Sachs, who writes regularly for The Huffington Post. As of 2015, Fields played six nights a week at Nino’s Tuscany, an Italian restaurant in New York City.

Fields turned 100 in August 2015. He was featured in the Carl Reiner documentary “If You’re Not In the Obit, Eat Breakfast”, released in 2017. http://www.hbo.com/documentaries/if-youre-not-in-the-obit-eat-breakfast He died on 20 August 2016 in Manhattan at the age of 101.