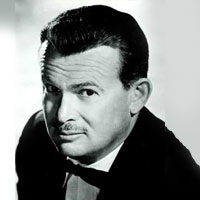 Long before Allan Sherman and Woody Allen showered the public with Yiddish slang — and decades before the klezmer revival breathed new life into a once-popular ethnic music — a little clarinetist with a lot of chutzpah blazed the trail, exposing “crossover” audiences to the language and the melodies of his forebears with a series of English-Yiddish parody records.

Being Jewish “was always popular in my house,” recalled Mickey Katz, who embraced his heritage from the early days of his career. “The only people it wasn’t popular with were those who were frightened.” Among those who were displeased with him for being open about his religious persuasion was the Jewish editor of Variety, who reprimanded Katz for “defiling” the legend of Davy Crockett when the bandleader’s parody “Duvid Crockett” became a hit record.

Katz made a lot of people uncomfortable in the 1940s and ’50s. He was too ethnic for many Jews of his generation who couldn’t shed their Old World roots fast enough, and too much of a comedian for the purists — a strange hybrid of Naftule Brandwein and Spike Jones they didn’t quite dig.

These days Katz’s legacy is glowing brighter than ever, with groups like the Klezmer Conservatory Band reprising his merciless parodies of such numbers as “The Cry of the Wild Goose” and former KCB clarinetist Don Byron doing a full-scale revival of the bandleader’s more straightforward klezmer compositions and arrangements. Not to be outdone, Mickey’s son, Joel Grey, includes a heartfelt homage to “My Yiddisha Poppa” in his nightclub act.

It all began with a clarinet that was left over from the Spanish American War, which the Cleveland Board of Education placed in Katz’s hands at the age of 11. “I was a gutsy little guy. Within two months of when I started taking lessons, I started playing amateur nights,” he recalled. “I went in the first time and I started playing ‘St. Louis Blues’ and I was shakin’ my little torso around pretty good, and I won first prize.”

Katz was barely out of high school when he scored a gig with a band in a local Chinese restaurant. The eatery had a radio pickup which gave him a forum for the English-Yiddish parodies of fairy tales he was already beginning to write, two decades before he would record similar material for RCA Victor and Capitol. The budding punster toured with bandleader Phil Spitalny while still in his teens, and later worked with Maurice Spitalny at Cleveland’s RKO Palace Theatre.

Following a USO tour with Betty Hutton, Katz was hired by pistol-packing bandleader Spike Jones to replace Carl Grayson, who provided the throat “glugs” for Jones’ famous wreck-reation of “Cocktails for Two.” When Mickey wasn’t busy playing reeds or glugging, he conducted the shows for Spike. The association only lasted a year and a half (1946-47), but Katz contributed to many of the music butcher’s classic recordings, including “Laura” and “Love in Bloom.” (He wrote a number of parodies during his stint in the band, but “The Jones Polka,” for which he also did the vocal, was the only one that saw the light of day). “I left Spike finally because I was on long extended tours like 100 nights on the road and I thought I better get home and see my children grow a little more. I got home and I went to RCA where Spike did his recordings; I had a good friend there and I told him I had a couple of parodies I’d like to record,” recalled Katz.

He put together a group of first-rate klezmer musicians — including Benny Goodman’s legendary trumpet player, Ziggy Elman; trumpeter Mannie Klein, one of the busiest sidemen on the West Coast; trombonist Si Zentner; pianist-arranger Nat Farber and drummer Sammy Weiss, who brought the klezmer sound to Artie Shaw’s orchestra — and dubbed them the Kosher Jammers.

In addition to enduring klezmer instrumentals like “Mendel’s Song” by Klein and “Bublitchki,” Katz produced such popular parody records as “The Barber of Schlemiel,” “Borscht Riders in the Sky” and “Yiddish Mule Train,” a twist on the Frankie Laine standard. “Everybody knew when they made a record there’d be a Mickey Katz record to follow. And the publishers were tickled. They were the ones that got the money — I never got paid for my lyrics. The original lyricist had to be paid. They were in great shape; they didn’t care what I did with their songs.”

The success of the records gave Katz the drawing power to tour with a variety show. “I knew there was a new generation of American Jewish people who didn’t understand the old Jewish theatre because it was all in Yiddish. So I put on a Catskill-type revue called “Borsht Capades.” The show introduced his then-teenaged son, Joel; two decades later, a revue called Hello, Solly landed Mickey on Broadway while Joel was appearing in “Cabaret,” which won Grey the Tony award.

For all of Katz’s outlandish humor, “Mickey was not funny around the house. For the most part, he was serious in everyday life,” observed his widow, Grace. “He took his work seriously, and he was a good businessman, which is rare. He wasn’t a clown. He saved it for the performances, the recordings. It was the music he loved, the klezmer, moreso than the comedy.”

Not long before he passed away in 1985, I asked Katz if he was familiar with the Klezmorim, the California-based group then at the forefront of a nationwide revival. “That’s what we did — klezmer!” exclaimed Katz. “But we didn’t call it that in my day.” Though he was perhaps the greatest exponent in his day of “Jewish jazz” — as he called it — Katz was too modest to suggest such a thing. Today he is being rediscovered by a new generation, a decade after his passing.

You don’t have to be Jewish to appreciate Katz’s artistry, as proven by African-American clarinetist Don Byron. Discovering Don Byron Plays the Music of Mickey Katz is a bit like stumbling upon a pork chop in a kosher deli, but once you get past the jarring combination of artist and material, it’s evident that Byron is one hep cat — dreadlocks and all. Katz himself would have felt honored, if somewhat amazed, by this well-deserved homage. ~

In the early 1980s he told the story of his life in a biography called Papa Play for Me.