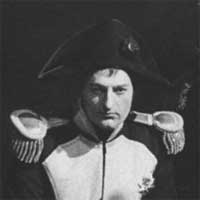 Mr. Lishner was born in New York City on July 4, 1913, and studied music at City College and at the Juilliard School. His first major professional role was as the Chief Police Agent in the premiere of one of Mr. Menotti’s Broadway operas, “The Consul,” in 1950. A year later he appeared as Balthazar in the first performance — a live national broadcast by the NBC Opera — of “Amahl and the Night Visitors.” Later he created roles in Mr. Menotti’s “Labyrinth” and “The Saint of Bleecker Street.”

There were other contemporary works in Mr. Lishner’s repertory. At the New York City Opera, which he joined in 1953, he appeared in the American premiere of Gottfried von Einem’s “Trial” and Marc Blitzstein’s “Regina.” He also sang the role of Daniel Webster in Virgil Thomson’s “Mother of Us All” at the Phoenix Theater.

Besides new music, though, Mr. Lishner’s performances as a character actor in works by Mozart, Puccini and Verdi were frequently praised for their intelligence and subtlety. As a recitalist, he sang a varied repertory that included Schubert’s “Winterreise” and programs of Yiddish and Hebrew songs. He continued to perform in public until last year, and recently released a compact disk of Holocaust songs, “Our Town Is Burning.”

Mr. Lishner left New York in 1957 to teach at the University of Nebraska in Lincoln. He also taught at the Oberlin Conservatory before he moved to Seattle to join the faculty of the University of Washington in 1964.