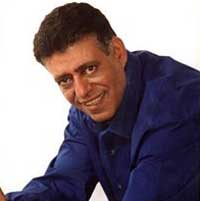 Shimi Tavori (Shimshon Tawili) was born to a Yemenite Jewish family in Ness Ziona, Israel. He met his wife Jennifer Joselyn while performing in New York City in 1982. They have three children. One of his songs, Eliran, is named for his firstborn son. After divorcing Joselyn, Tavori married a 17-year old Israeli model, Aviva Azulai, with whom he has two children. In 1983, he won 145,000 shekels in the Toto lottery. Tavori divorced Azulai and married Osnat Lorber. They also have two children, but are now divorced. Several of Tavori’s children are also involved in the music world. His son Daniel was a contestant on Kokhav Nolad.

Tavori started out singing at nightclubs in Ramla, among them Calipso and Karish. After his service in the Israel Defense Forces, he recorded his first song, Helena, which was coldly received at first but later became a hit. His first major break came after David Halfon heard him perform a song that Halfon had written for another singer. Halfon introduced Tavori to Uzi Hitman in his early days as a songwriter.

In 1976, the collaboration with Hitman led to Tavori’s first record, Chipasti Shirim La’Tzet La’Olam (“I searched for songs to go out to the world”) including his first hit, Eyn Lee Ahavah (“I have no love”), written by Eliezer Rabin. After the records release, Tavori was awarded first place in the Middle Eastern Singing Festival with his song Shechora Ve’Nava” (“Black & Beautiful”). The following year Tavori placed second at the same festival with his song Kinor David, and in 1979 he once more placed first with the song Moshe, written for him by singer-songwriter Avihu Medina.

In 1982 Tavori turned down an offer to enter the festival again with the song written for him by Medina, Haperach Be’Gani (which ended up placing first when performed by Medina’s second choice, Zohar Argov, launching his legendary career), choosing instead to go perform in New York City. In 1993 Tavori entered the Eurovision Song Contest with the song Chai Et Ma’She Yesh (“I Live With What I’ve ). Known also with the ballad “Remember” in the 80’s.