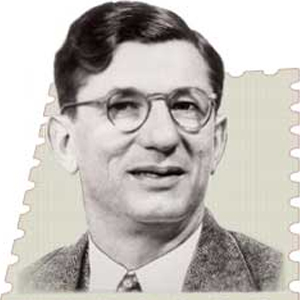 Irving Caesar, the Tin Pan Alley lyricist who put words to such enduring musical standards as “Tea for Two,” “Swanee,” “Is It True What They Say About Dixie?” and “Sometimes I’m Happy,” died yesterday at Mount Sinai Hospital. He was 101 and lived in Manhattan.

As the lyricist for more than 1,000 published songs, Mr. Caesar collaborated on songs and Broadway shows with George Gershwin, Vincent Youmans, Rudolf Friml, George M. Cohan and others. He was also a charter member of the American Society of Composers, Authors and Publishers and was on its board in the 1960’s.

Some of his songs became irrevocably linked to the performers who first electrified audiences with them. It is almost impossible to think of “Swanee,” set to Gershwin’s music, without also thinking of Al Jolson’s spirited rendition. Jolson also became closely identified with “Is It True What They Say About Dixie?,” which Mr. Caesar wrote in 1936 with Sammy Lerner and Gerald Marks. “Just a Gigolo,” which Mr. Caesar wrote with Lionello Casucci, became one of Bing Crosby’s hit recordings in the early 1930’s, and “Umbriago,” written with Jimmy Durante, became a standard offering of Durante’s in the 1930’s and remained one for the rest of his working life (“Umbriago/He could be mayor of New York or of Chicago”).

Other songs, like “Tea for Two,” became successful vehicles for a wide variety of artists over the years.

Mr. Caesar’s many shows included “The Greenwich Village Follies,” produced in 1924, on which he collaborated with Cole Porter, Lew Fields and John Murray Anderson; “No No Nanette” (1925), with Harbach and Vincent Youmans, and a few versions of “George White’s Scandals,” in the 1920’s, for which White and Cliff Friend wrote the music. With Cohan he created “Revue” in 1930. Some of his shows, most notably “No No Nanette,” were revived in New York and elsewhere over the years.

In the 1930’s, he also wrote “Songs of Safety,” which were sung by thousands of schoolchildren and contained simple messages about behavior and rules of safety. Among the popular tunes in that collection memorized by generations of schoolchildren, were “Let The Ball Roll” and “Ice Skating Is Nice Skating.”

In the 1950’s, he offered “Songs of Friendship,” a portfolio of lyrics, to the Federal Government to promote international good will. The collection included “Thomas Jefferski,” “Election Day” and “There’s Something About America.” They were rejected by the Government and the New York City Board of Education but were finally printed by the Anti-Defamation League of B’nai B’rith.

Mr. Caesar was born on July 4, 1895, in the Henry Street Settlement on the Lower East Side of Manhattan, the son of Morris and Sofia Selinger Caesar. His father had a secondhand bookstore in the neighborhood. At the age of 6, shortly after he started public school, he wrote his first poem:

I see the flowers free
And a little bird singing on a tree
It sings to me the whole day long
And I love to hear its pretty song.

Somehow, he never lost the simplicity of his childhood poems in the lyrics he later wrote for the composers who created the standard American repertory of popular music. It was his good-natured directness in describing life that so endeared him to those who sang or listened to his songs.

Thus, “Tea for Two” became a perfect girl-and-boy song: “Picture you upon my knee/Just tea for two/ And two for tea.” Mr. Caesar said he wrote that one to a Youmans tune in less than five minutes, although on occasion he admitted it might have taken him as long as 15 minutes. “Sometimes I write lousy, but always fast,” he observed.

Another of his swift inspirations was the direct and unfettered, “Sometimes I’m happy/Sometimes I’m blue/My disposition/Depends on you.”

When he was just a boy, he bought his first piano for $5 and somehow persuaded two men to lug it up the stairs to the Caesars’ tenement flat. After graduating from Townsend Harris High School, Mr. Caesar spent a year at City College, pursuing a commercial course.

In 1915, he answered a newspaper advertisement and found himself appointed secretary to Henry Ford’s Peace Ship, whose ill-fated mission was to try to stop the war that was engulfing Europe. While on the mission, Mr. Caesar wrote little songs telling the Germans to stop behaving so badly. He urged Ford to have the lyrics translated into German and have them dropped into the trenches to sway the Kaiser’s troops. His scheme was not accepted.

At one point, while he was roaming around Tin Pan Alley trying to interest someone — anyone — in his lyrics, he met George Gershwin at Remick’s, the music publisher. He returned to listen to Gershwin play the piano, and the two became collaborators and lifelong friends. Their first published song was “You-oo Just You,” which found its way into the 1918 show “Hitchy-Koo.” Their biggest hit, however, was “Swanee.”

According to Mr. Caesar, he and Gershwin were in Dinty Moore’s Restaurant one day in 1919 having lunch when Mr. Caesar suggested that they write a perky one-step in the style of “Hindustan,” which was then all the rage. But Mr. Caesar wanted to use an American locale, not something that was vaguely Middle Eastern.

“Just like Stephen Foster did in ‘Swanee River,’ ” Mr. Gershwin said. And the two of them quickly agreed to create something. They got on a bus bound for Gershwin’s family home in Washington Heights, and by the time they got there, they had most of the song worked out; it needed only a bit of refining at Gershwin’s piano.

The song was introduced soon thereafter at the Capitol Theater, where 60 chrous girls, electric bulbs affixed to their slippers, danced in the dark to its rhythms. Despite this spectacular introduction, the song received only lukewarm approval from the public and languished until it was heard by Jolson, who introduced it at a concert one Sunday night at the Winter Garden and brought down the house. Jolson then put the song into a Sigmund Romberg musical called “Sinbad.” It became enormously popular, selling millions of copies of sheet music.

Mr. Caesar was as well known for his practical jokes as he was for his way with a song. He loved to telephone his friends at 4 A.M. and say, “I’ll call you back in a couple of minutes.” But sometimes his jokes backfired. On one occasion, he went to a costume party dressed as Julius Caesar. On the way home, he was stopped for speeding.

Mr. Caesar is survived by his wife, Christina A. Ballesteros.

As the years rolled by, he held court in his spacious midtown apartment, surrounded by plaques, testimonials and other tributes testifying to his stature as one of the last links to Tin Pan Alley. By the 1960’s, he found himself disaffected from the kind of music to which Americans were listening. He complained that “good lyrics and tunes are no longer wanted,” that “we have a form of musical juvenile delinquency abetted by adult delinquency.” He was always ready, it seemed, to burst into every verse of almost every song he himself had written.