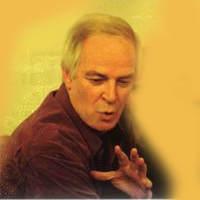 Arik Einstein was born in Tel Aviv, to Yaakov Einstein, a theatre performer. He participated in the Hashomer Hatzair (“The Young Guard”) left-wing Zionist youth movement and became the Israeli junior champion for high jump. His father urged him to apply for an army band, and Arik was accepted into the Nahal Brigade band.

Upon his release from the IDF in 1959, Einstein joined the Green Onion band and the Sambation theatre. In 1960, he released his first solo album.

He sang in a band under the pseudonym Ari Goren, and then went on to join the Yarkon Bridge Trio, where he performed with Yehoram Gaon, Beni Amdorsky and later Israel Gurion. As the band became successful, so did Einstein.

In 1964, he played in the comedy film Sallah Shabbati, along with Chaim Topol, who was also from the Green Onion band.

In 1966, he released the album Singing for You (Shar Bishvilekh), and joined The High Windows, where he performed pop songs.

In 1968, Einstein released his album Mazal Gdi (lit. Capricornus), which was not very successful. He therefore looked for a new tune, and went on to produce the album Puzi with the Churchills band, which was considered the first Israeli rock album

Einstein was part of the critically acclaimed, early 1970s TV series Lool (Chicken Coop), a sketch and song show with an original format and a creative cast. The show had an off-the-wall sense of humor not unlike Monty Python’s Flying Circus. However, it also featured songs written by some of the most prominent poets and performed by some of the best singers Israel has ever produced. In spite of the fact that it had only four parts, it remains a cult-show to this day. The show, as well as movies such as Shablool (Snail), showcased Einstein both as a first line singer and a top comedian.