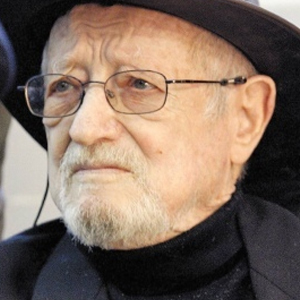 Chaim Hefer was born in 1925 in Poland and moved to Eretz Yisrael in 1936. He served in the Palmach and was one of the founders of “Chizbatron,” the IDF’s popular entertainment troupe. Many of Hefer’s poems appeared in the newspapers, and he authored a weekly column for the newspaper Yediot Aharonot. In addition, he published several collections of his verses.

Hefer is best known for his contributions to Israeli music. Many choral groups, including the army troupes, have performed his songs. He wrote lyrics for theaters and cabarets, as well as for the popular musicals Kazablan and I Like Mike. His range of songs is extensive, including songs about Eretz Yisrael and about Israel’s wars. Among his most famous works are “Hafinjan” (The billy kettle) “Hayu Zmanim” (In Those Days), written with Moshe Vilensky; and “Hamilkhama Ha’achrona” (The Last War) .Hefer was awarded the Israel Prize in 1983