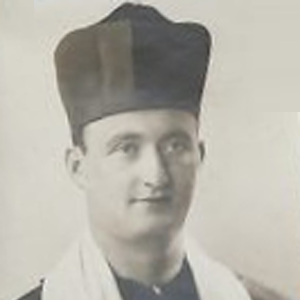 A Holocaust survivor who was liberated when U.S. troops crashed through the gates of the Flossenburg concentration camp.

The Wahrman family roots are “in the depths of Hasidic Poland,” said Wahrman, whose father had studied in a Yeshiva with the Bobover rabbi before the war started.

Henry and his brother Wolf  were sent to a number of concentration camps, including Tarnow, Plaszow, and Rzeszow, before Flossenburg, where they were put to work as slave labor on war plane assembly lines, quarries, and mines.

When the war was over, with the help of the allies, Henry resurrected a textile mill in Tirschenreuth, in the northeastern part of Bavaria.  Wahrman later discovered that through his father’s generosity, money from the mill helped other displaced people get married and emigrate, and even finance a medical school education.

In 1949, when Henry was 26 and Wolf 22, they immigrated to the United States. With his beautiful voice and religious training, Henry became a cantor, eventually working in synagogues in Brooklyn, Long Island, Ohio and Toronto.