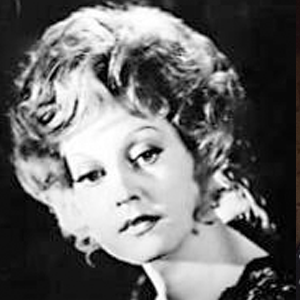 The Russian mezzo-soprano (contralto), Galina [Gaļina] Borisova [Borissova, Borisowa], studied singing with her mother, the singer Olga Borisova and with Mrs. Petrova at the Conservatoy of Moscow.

Galina Borisova made her debut soon at the Bolshoi Theater in Moscow as Otrok in Unsichtbaren Stadt Kitesh by Rimsky Korssakov. Since then she has belonged to the prominent forces of this house, at which she has had great successes. Apart from the classical alto roles from the range of the Russian opera, she has also sung as Carmen, as Cherubino in Le Nozze di Figaro by Mozart, as Amneris, as Ulrica in Verdi’s Maskenball, as Azucena, as Eboli in Don Carlos and as Suzuki in Madame Butterfly by Puccini. She appeared also Sofia and Budapest as well as on big Russian stages. In 1988 she apeared as a guest in Boston in a concert performance of the opera Die toten Seelen (The Dead Souls) by Rodion Shchedrin, in 1990 at the Edinburgh Festival in The Duenna by Prokofiev. She is also an important concert and Lieder singer.

Recordings: for the National Soviet-Russian disc production (including: complete operas Ruslan and Ludmilla by Glinka, Pique Dame by Tchaikovsky, The Dead Souls by Rodion Shchedrin and Madame Butterfly), some of which were re-released by Philips; on Le chant du Monde Aleko by Sergei Rachmaninov.