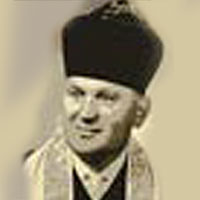 Cantor Schulman was born in Newark, NJ, and was a decorated war hero. He served in the US Army for four years during WWII and earned five Battle Stars for major engagements, three Invasion Arrows for amphibious landings, Bronze Star, Purple Heart with ribbon, Good Conduct Medal with ribbonmedal of NY for conspicuous service with ribbon, and WWII Victory Star Medal. He served in the European, African, Middle Eastern campaign, the Rhineland campaign in southern Italy and in the south of France. He conducted services in Tunis, Africa for the Allied forces and Tunisian Jews.

He was a Cantor of the Great Neck Synagogue for 36 years. His beautiful lyric tenor voice and inspirational prayers elevated generations of congregants and his melodies remain a staple of their spiritual lives. He formed an adult choir and produced many successful concerts in the Great Neck Synagogue. He performed at thousands of weddings throughout his career. He studied opera with renowned music professors and was a protégé of Grace Moore, a famous Metropolitan Opera star. He has records of Jewish, Israeli and liturgical music.

He performed on radio, concertized at Carnegie Hall, Town Hall and synagogues throughout the US and Israel, Japan, China, Italy and Canada. He was chairman of the board of directors and vice president of the Chazzonim Farband of America and Canada.