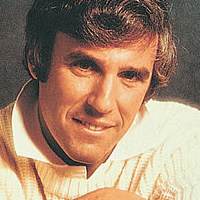 Bacharach was born in Kansas City, Missouri, the son of Irma (née Freeman) and Bert Bacharach, a syndicated newspaper columnist. He is of German Jewish descent. Bacharach studied music at McGill University, the Mannes School of Music, and the Music Academy of the West in Santa Barbara, California. His composition teachers included Darius Milhaud, Bohuslav Martinu, and Henry Cowell. After leaving the army Bacharach worked as a pianist, sometimes playing solo and sometimes accompanying singers such as Vic Damone, Polly Bergen, Steve Lawrence, the Ames Brothers and Paula Stewart (who became his first wife). From 1958 to 1961 he was the pianist, arranger and bandleader for Marlene Dietrich, with whom he toured internationally.

In 1957, Bacharach and lyricist Hal David were introduced at the famous Brill Building in New York City, and began their writing partnership. Almost a year later, they received a significant career break when their song “The Story of My Life” was recorded by Marty Robbins for Columbia Records, becoming a #1 hit on the U.S. Country charts in late 1957. Soon afterwards, “Magic Moments” was recorded by Perry Como for RCA Records, and became a #4 U.S. hit in February of that year. These two records hit #1 in the UK back-to-back, giving Burt and lyricist Hal David the honor of being the first songwriters in UK history to have written consecutive #1 hits. Other hits quickly followed. “Heavenly” was recorded by Johnny Mathis and became a gold record in the UK. Later the same year another Bacharach song, “Faithfully”, also achieved gold record status with Mathis in the UK.

In the early 1960s, Bacharach wrote well over a hundred songs with David, including a wealth of popular hits throughout the 1960s and 1970s, many of which still enjoy popularity today. Bacharach and David were associated throughout the sixties with Dionne Warwick, a conservatory-trained vocalist whom the duo met in 1961. She began working for the duo when they needed a good singer to “demo” their songs properly for other artists. Bacharach and David noticed that Warwick’s demos often exceeded the quality of the performances others were recording. They started writing a portion of their work specifically with Warwick in mind, which led to one of the most successful teams in popular music history. Over a twenty year period, beginning in the early 1960s, Warwick managed to chart 38 singles co-written or produced by Bacharach, including twenty-two Top-40 hits on the American Billboard Hot 100 charts. During the early ’60s, Bacharach also collaborated with Bob Hilliard on a number of songs such as “Mexican Divorce” for The Drifters and “Any Day Now” for Chuck Jackson.

Throughout the 1960s and 1970s, Bacharach’s songs were made famous by a number of popular singers in addition to Warwick, including The Shirelles, The Beatles (“Baby, It’s You”), The Carpenters, Aretha Franklin, Isaac Hayes (“Walk On By” on the Hot Buttered Soul album), B.J. Thomas (“Raindrops Keep Falling on my Head”), Tom Jones (“What’s New, Pussycat”), The Stranglers, Dusty Springfield (“The Look of Love”), The Drifters, Jack Jones (“Wives and Lovers”), Jackie DeShannon (“What the World Needs Now is Love”), Gene Pitney, Herb Alpert, Jerry Butler and Luther Vandross in the 1980s and 1990s.

In addition to mainstream pop, many Bacharach songs were adapted by jazz artists of the time, such as Stan Getz and Wes Montgomery. The Bacharach/David composition, “My Little Red Book”, originally recorded by Manfred Mann for the film What’s New, Pussycat, and promptly covered by Love in 1966, has become a rock music standard; however, according to Robin Platts’ book “Burt Bacharach and Hal David”, the composer did not like this version. Bacharach composed and arranged the soundtrack of the 1967 film Casino Royale. Bacharach and David also collaborated with Broadway producer David Merrick on the 1968 musical production of Promises, Promises, which yielded several major hit songs (including the title tune). 1969 saw, perhaps, the most successful Bacharach-David collaboration ever, with the song “Raindrops Keep Falling on My Head”, which was prominently featured in the acclaimed film Butch Cassidy and the Sundance Kid.

Bacharach’s music is characterized by unusual chord progessions, striking syncopated rhythmic patterns, irregular phrasing, frequent modulation, and odd and changing meters. It tends toward a greater climactic effect than most popular music, especially greater than most popular music of the period in which he is most associated. Bacharach is more than just a songwriter, having himself arranged, conducted, and co-produced much of his recorded output. An example of his use of distinctive use of changing meter is found in “Promises, Promises” (from his score for the musical of the same name). In this song, he incorporates a very complex time signature sequence of |3/8|÷|4/8|3/8|÷|4/8|. His style is sometimes also associated with particular instrumental combinations he is assumed to favor or to have favored, including the prominent use of the flugelhorn in such works as “Walk on By”, “Nikki”, and “Toledo”.

By the early 1970s, changing public tastes created a more competitive atmosphere for pop music. In 1973, Bacharach and David were commissioned to score the Ross Hunter-produced revival of the classic 1937 film, Lost Horizon, Lost Horizon (1973 film) for Columbia Pictures. The result was a critical and commercial disaster, and resulted in a flurry of lawsuits between the songwriter and lyricist, as well as from Warwick, who reportedly felt abandoned when Bacharach and David refused to work together. Bacharach tried several solo projects (including the 1977 album Futures), but the projects failed to yield any memorable hits.

By the early 1980s, Bacharach’s marriage with Angie Dickinson had ended, but a new partnership with lyricist Carole Bayer Sager proved rewarding, both commercially and personally. The two married, and collaborated on several major hits during the decade, including “Arthur’s Theme (Best That You Can Do)” (Christopher Cross), “Heartlight” (Neil Diamond), “Making Love”, “On My Own” (Michael McDonald with Patti Labelle), and perhaps most memorably, “That’s What Friends Are For” in 1985, actually the second single which reunited Bacharach and singer Warwick. The profits for the latter song were given to AIDS research. Bacharach’s 1980s tunes showed a new sound, proving that Bacharach’s work could continue to change with the times.

Other artists continued to revive Bacharach’s earlier hits, giving them an entirely new audience in the 1980s and 1990s. Examples included Naked Eyes’ 1983 dance version of “(There’s) Always Something There to Remind Me”, Ronnie Milsap’s smash 1982 country version of “Any Day Now”, and many others. Bacharach also continued a successful concert career, appearing at auditoriums throughout the world, often featuring large orchestras as accompaniment. He also occasionally joined with Warwick, appearing in sold-out concerts in New York, Las Vegas, and Los Angeles.

In 1998, Bacharach co-wrote and recorded a Grammy-winning album with Elvis Costello, Painted from Memory, on which the compositions began to take on the sound of his earlier work. In 2006, he recorded a jazz album with Trijntje Oosterhuis and the Metropole Orchestra called The Look Of Love (Burt Bacharach Songbook) which was released in November that year. Bacharach collaborated with celebrated jazz pianist McCoy Tyner from John Coltrane fame, a jazz release of nine Bacarach originals with Tyner soloing both with his adept trio and with a Bacharach-arranged orchestra. Another star treatment of his compositions was the recording with Ronald Isley that reprised the Vandross arrangement of “A House is Not a Home”. Bacharach collaborated with Cathy Dennis in 2002 to write an original song for the Pop Idol winner Will Young. This was “What’s In Goodbye”, and it appears on Young’s debut album From Now On. During July of 2002, Young was a guest vocalist at two of Bacharach’s concerts, one at the Hammersmith Apollo and the other at Liverpool Pops.

Bacharach’s 2005 album At This Time saw a departure from past works in that Bacharach penned his own lyrics, some of which dealt with political themes. Guest stars on some tracks included Elvis Costello and Rufus Wainwright.

He has also worked with hip hop producer Dr. Dre on his recent album At This Time and is expected to do work on Dr. Dre’s long awaited Detox album.

Throughout the 1960s and 1970s, Bacharach was featured in a dozen TV musical/variety specials videotaped in the UK for ITC, several of which were nominated for Emmy awards for direction (by Dwight Hemion). The guests included artists such as Joel Grey, Dusty Springfield, and Barbra Streisand. Bacharach and David also did the score for a short-lived ABC-TV series, ABC Stage 67, for a show titled On the Flip Side, starring Rick Nelson as a faded pop star trying for a comeback. While the series’ ratings were dismal, the soundtrack showcased Bacharach’s abilities to try different kinds of musical styles, ranging from (almost) 1960s rock, to pop, ballads, and Latin-tinged dance numbers.

In 1969, his instrumental composition “Nikki” (named for his daughter) premiered as the theme for the ABC Movie of the Week, a TV series which eventually ran on various nights of the week until 1975. Also during the 1970s, Bacharach and then-wife Angie Dickinson appeared in several TV commercials for Martini & Rossi beverages, and even penned a short jingle (“Say Yes”) for the spots. Bacharach also occasionally appeared on TV/variety shows, such as The Merv Griffin Show, The Tonight Show Starring Johnny Carson, and many others.

In the 1990s and 2000s, Bacharach has had cameo roles in a number of Hollywood movies including all three Austin Powers spy spoof movies. His music is also credited as providing inspiration for these movies, partially stemming from Bacharach’s score for the 1967 James Bond film Casino Royale.

During subsequent Burt Bacharach concert tours, each show would open with a very brief video clip from the movie Austin Powers: International Man Of Mystery, with Mike Myers (as Austin Powers) uttering “Ladies and Gentlemen, Mr. Burt Bacharach.” In late 2006, Burt Bacharach appeared as the celebrity in a Geico auto insurance commercial, where he sings and plays the piano. He translates the customer’s story through song (“I was hit. ..in the rear!”)

Bacharach has been married four times, first to Paula Stewart (1953–1958), second to actress Angie Dickinson (1965–1980), third to lyricist Carole Bayer Sager (1982–1991) — with whom he collaborated on a number of pieces — and fourth (since 1993) to Jane Hanson. He had a daughter, Nikki, with Dickinson, an adopted son with Bayer Sager, and has a son and a daughter, Oliver and Raleigh, with Hanson.

Nikki Bacharach was born prematurely in 1966, and it was for her he wrote the instrumental piece “Nikki”. She had chronic health problems as a result of her premature birth, and was also diagnosed with Asperger Syndrome, and spent nine years at the Wilson Center, a psychiatric residential treatment facility for adolescents located in Faribault, Minnesota. She committed suicide by suffocation using a plastic bag and helium on January 4, 2007 at age 40. Bacharach and Dickinson said “She quietly and peacefully committed suicide to escape the ravages to her brain brought on by Asperger’s”.