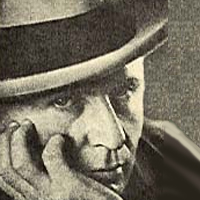 Avigdor Hameiri (1890-1970) was born in Carpatho, Ukraine (then Hungary). He published his first poem in Hebrew in 1907 and his first book of poetry five years later. In 1916, he was captured by the Russians while serving as an Austrian officer on the Russian front.

He was imprisoned in Siberia and released in 1917 after the October Revolution. Hameiri immigrated to Palestine in 1921, joined the staff of the daily Haaretz, and was editor several literary and cultural journals.

In 1932, he founded the first social satirical theater in Hebrew in Tel Aviv. Hameiri wrote well over 30 books, including poetry, novels, short stories, non-fiction and children`s books. He was awarded the Israel Prize.

His work has been published in 12 languages.