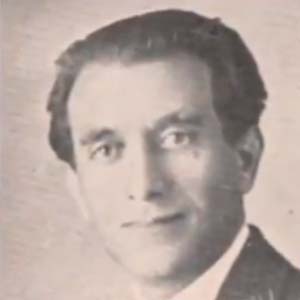 LUTZKY, A. (pseudonym of Aaron Zucker ; 1894–1957), Yiddish poet. Born in Dimidovke (near Lutsk), Ukraine, he was privately educated and prepared for a career as a cantor. Before arriving in the U.S. in 1914, Lutzky had visited Warsaw and recited his poems to I.L. Peretz, who was so delighted with them that he tried to retain him in Warsaw. Life was not easy for the young immigrant who worked as peddler, teacher, and violinist. When he published his first poems in 1917 in the Yidishes Tageblat and Der Tog, Abraham Cahan, editor of the Forverts, recognized his talent, derived the pseudonym “Lutzky” for him from the name of his birthplace, lured him away from the rival dailies, and engaged him to write a weekly poem for the newspaper. A few months later, Lutzky was drafted into the U.S. army and fought at Verdun. When he returned, he astonished his readers with a strange, bizarre style. Special evenings, which increased his popularity, were arranged at which he acted out his new poems. Soon Herz Grossbard, Joseph Buloff, and other famed actors discovered the dramatic quality of his work and spread his fame throughout the Yiddish world. Lutzky published his works in many periodicals, including Fraye Arbeter Shtime, Tsukunft, Yidisher Kemfer, and Di Goldene Keyt. Four books of lyrics appeared during his lifetime, of which the best known was Breshis-Inmitn (“Mid-Genesis,” 1932), in which he philosophized on creation and destruction. A fifth volume, Fun Aldos Guts (“Of All Good Things,” 1958), appeared posthumously and includes a bibliography. Some of Lutzky’s lyrics were translated into Hebrew and into English. The pessimistic poet learned to transmute adversity into gay rhymes and images. His poems are playful parables, often devoid of any moralizing intent. They are theatrical narratives that animate the inanimate world through carefully chosen words and phrases. When Lutzky projected the drama of the waters that flow all over the world, or of pieces of paper that flutter about in the wind, or of beans that discourse before disintegrating in a seething pot, lifeless nature became poetically and dynamically alive.