The massacre of Babi Yar: memorial concert in Kyiv

On October 6, 2021, presidents of Israel, Ukraine and Germany will come together in Kyiv to remember the victims of Babi Yar.

Dmitry Shostakovich’s 13th symphony, subtitled as the “Babi Yar,” will be played at the official ceremony. Although spelled differently in English, Ukrainian, German and Russian, the place has become a symbol of the Holocaust in Europe.

DW will broadcast the program live on its YouTube channel, DW Classical Music. 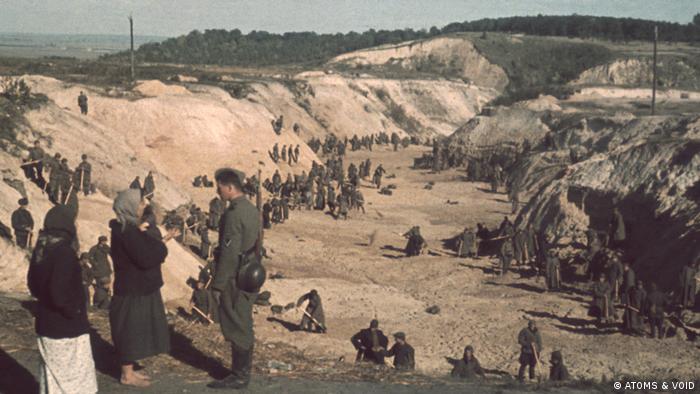 A still from the documentary ‘Babi Yar’ by director Sergei Loznitsa

The massacre of Babi Yar

Eighty years ago, on September 29 and 30, 1941, troops of the security police and Nazi “Sicherheitsdienst” (SD) shot dead 33,000 people in the canyon of Babi Yar on the outskirts of the besieged city of Kyiv.

According to the dispatch sent to Berlin by “Einsatzgruppe C,” or task group C, the exact number of persons was 33,771: They were spread out between 36 sections of the ravine and were killed in front of local residents. Nazi collaborators were also believed to have been present. Bodies were piled beside heaps of clothes.

The killings exterminated almost the entire Jewish population of the Ukrainian capital. Most victims were old people, women and children; the men were fighting at the front.

The shootings in the ravine, where bodies were buried under a thin layer of soil, lasted two more years. Members of Sinti and Roma communities, as well as people deemed to be mentally disabled and war prisoners, were also killed there. 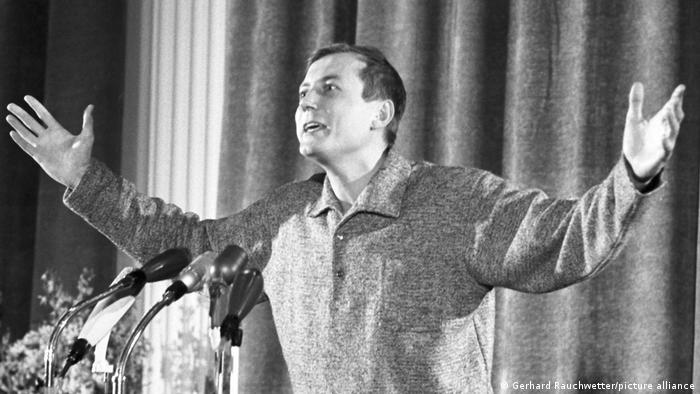 Twenty years later, in September 1961, a young Russian poet stood at the slope of Babi Yar: Yevgeny Yevtushenko. A friend of his, the author Anatoly Kuznetsov, had brought him there.

As a 14-year-old boy, Kuznetsov had been an eyewitness of the tragedy and later described the massacre in a documentary-style novel called Babi Yar.

Not only did the incomprehensible crime shake poet Yevtushenko to his core, but also the way the site was being used. In the two decades after the war, the ravine was being used as a landfill.

Later on, a recreation park was set up there. The construction work brought mortal remains of the victims to the surface. Eyewitnesses reported children playing football with skulls. Kyiv’s legislators reacted by pouring concrete over the area. 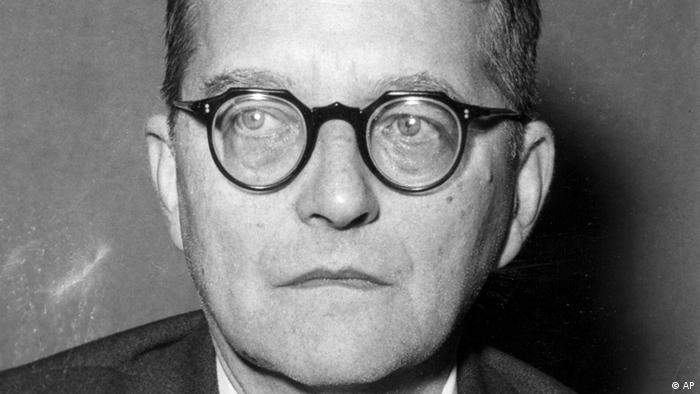 “No monument stands over Babi Yar,” Yevtushenko wrote. “A drop sheer as a crude gravestone. / I am afraid. / Today I am as old in years / as all the Jewish people. / Now I seem to be a Jew.”

Yevtushenko was considered the new voice of Soviet culture, which openly criticized its society. The poem was published in September 1961 in the newspaper Literaturnaja Gaseta and became a political sensation overnight.

The poem also took a stand against antisemitism, which was growing deeper roots in Russian culture and society in the decades following World War II. A proper hate campaign was unleashed against Yevtushenko. The poet was accused of putting the suffering of the Jews during the war before those of “native” Russians and Ukrainians. The chief editor of the Literaturnaja Gaseta lost his job and the “unpatriotic” Yevtushenko was bombarded with many “counter-poems” by average state-supported poets. 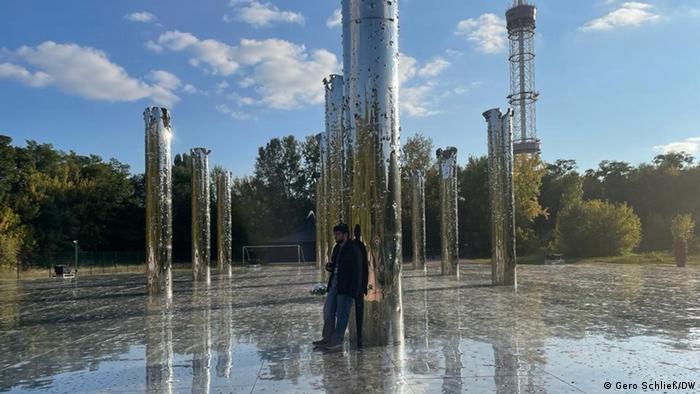 But there were also other, courageous voices who took Yevtushenko’s side.

One of his most vocal supporters was Dmitri Shostakovich, who composed his 13th Symphony, Babi Yar, on the basis of the poem. Alongside the “Babi Yar” poem he set four other texts by Yevtushenko to music.

The premiere of the symphony on December 18, 1962 was torpedoed by the Communist Party and the Ministry of Culture, but conductor Kirill Kondrashin and his musicians did not succumb to these attempts.

“Shostakovich was a fervent anti-antisemite,” conductor Thomas Sanderling told DW. As the son of the legendary maestro Kurt Sanderling, who was also a friend of Shostakovich, the conductor knew the Russian composer personally. “I had the luck, in my long life between German and Russian cultures, of meeting many important artists personally,” Sanderling said. “But only one real genius: Shostakovich.”

The composer had also entrusted the junior Sanderling with the German premiere of his 13th Symphony. With Shostakovich’s blessings, Sanderling translated the symphony’s text into German.

Now, a monument stands over Babi Yar. In May 2021, after decades-long controversial discussions, a synagogue was inaugurated at the location of the massacre; it is the first building on what is to become a sprawling 370-acre (1.5 square-kilometer) Holocaust memorial site that will include a museum and research center.

The open-air concert will take place there on October 6 on a stage built separately for the event. Shostakovich’s 13th Symphony, played by the German Symphony Orchestra under Thomas Sanderling, will be the center of the memorial event in Kyiv.

According to Sanderling, “Shostakovich is a classic, who is here to stay. Like Beethoven. The message of his 13th Symphony is and remains a reminder for all of us. To be able to conduct this work on this remembrance day at this location is one of the most moving moments of my life.”