In memory of Danny Ben-Israel

In memory of Danny Ben-Israel 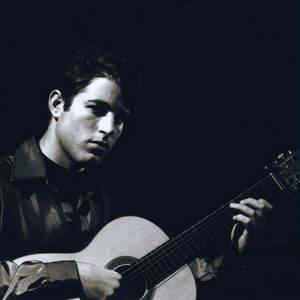 On March 11, the world lost someone who was very special, who made a mark and touched people with his voice, as a singer, a humorist and writer. Born in Tel Aviv in 1944, Danny Ben-Israel began his musical career while serving in the Israeli Defense Forces and enjoyed a string of pop hits before he even left the army. He would call himself a folk singer, one that did not sing toaudiences, but with them. As he would write: “I take pleasure not so much in their applause as in the light of their shining eyes once I get them going.”

Ben-Israel could also croon, and would sing and record ballads, often with full orchestra. But he was by nature experimental, always pushing ahead, challenging accepted norms and expectations. Not before long he was introducing his native country to psychedelic rock. Ben-Israel was a musical pioneer – one of the very first to open up Israel to the power and potential of progressive rock n’ roll.

At the same time, he was able to recognize the pipe-dreams of the sixties counter-culture for what they were, with tracks such as “The Hippies of Today are the Assholes of Tomorrow” from The Kathmandu Sessions – a spoken-word song in which he observes that “I can plainly see, though it grieves me to say, the oppressors of tomorrow are the revolutionaries of today.”

Ben-Israel was a gifted writer with a unique voice: at once witty, philosophical, irreverent, a little dirty, but always his own. One of his last books was Zubi!: The Real Hebrew You Were Never Taught in School (Penguin, 2011) – a hilarious introduction to conversational Hebrew and slang.

I had the great good fortune to know him and spend time with him, playing music, talking with him – he was a man of immense culture, fluent in Hebrew, German, English, and Romanian. He loved New York City and Vienna and we would often swap apartments so that he could stay in New York while I lived at his place in Vienna.

He was a multi-instrumentalist and I have seen him sit at the piano and entertain Israelis for hours on end singing folk songs, of which he was virtually a walking library. In addition to the piano, guitar and violin, one of his favorite instruments to play was the upright bass. Many an afternoon we spent playing standards, myself at the piano and Danny walking the bass. He had an impeccable ear and a wonderful touch.

Ben-Israel was living in Tel Aviv, still performing and singing, when he passed away at seventy-five. He was an extraordinary artist and human being – one of a kind – and I count myself lucky to have known and learned so much from him. He is and will always be sorely missed. The dedication in Zubi! reads, “To my heroes: W.C. Fields and Bugs Bunny”. Danny was one of my heroes and heroes never die.