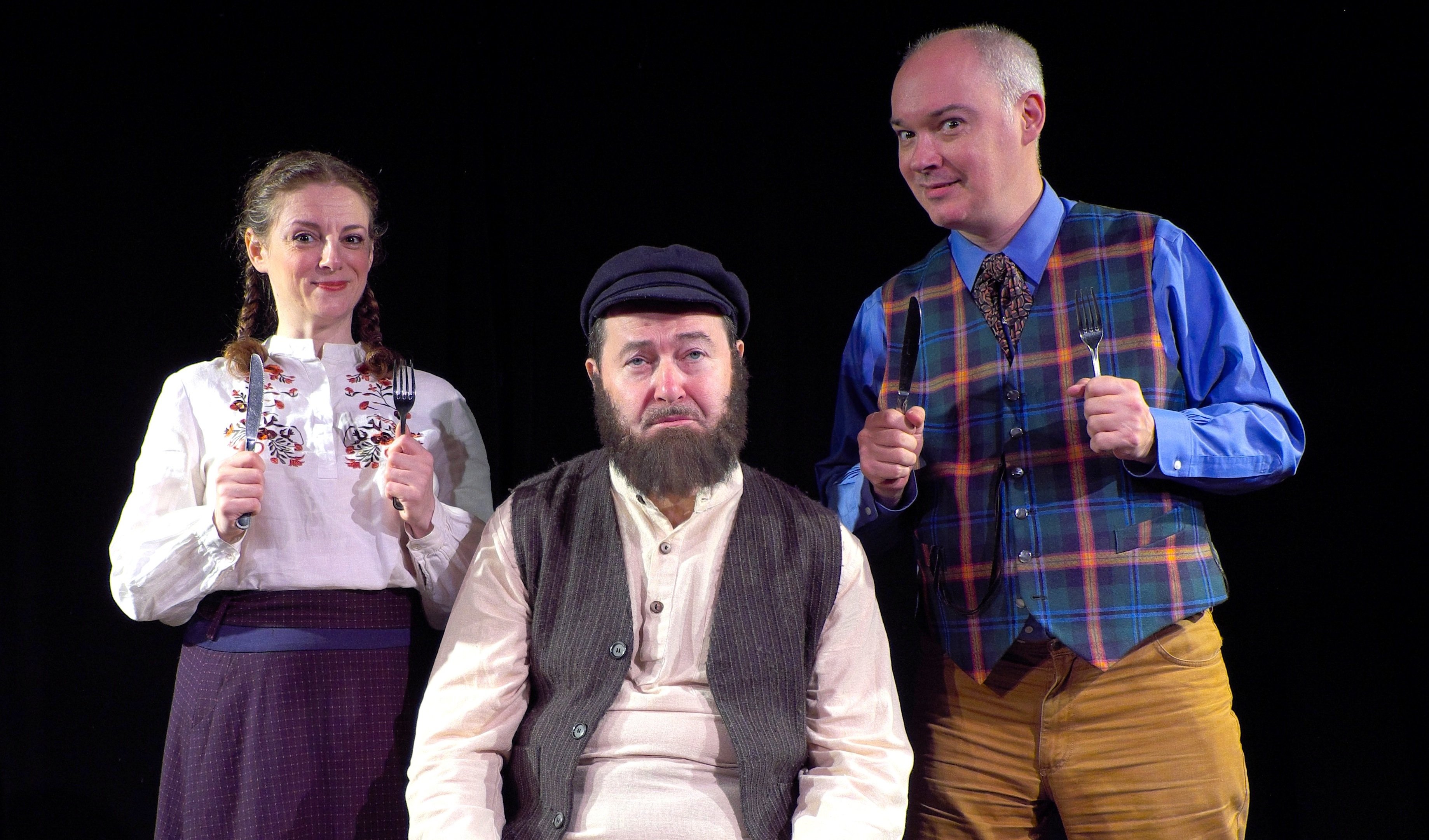 And every review was a rave.

“Brings back the real Tevye”
— CurtainUp

“Lovingly crafted… Splendid stories, superbly acted… A tear in the eye, plus belly laughs and character galore…Tevye’s dilemma will pull all your heartstrings. Every single one.”
— TheaterScene 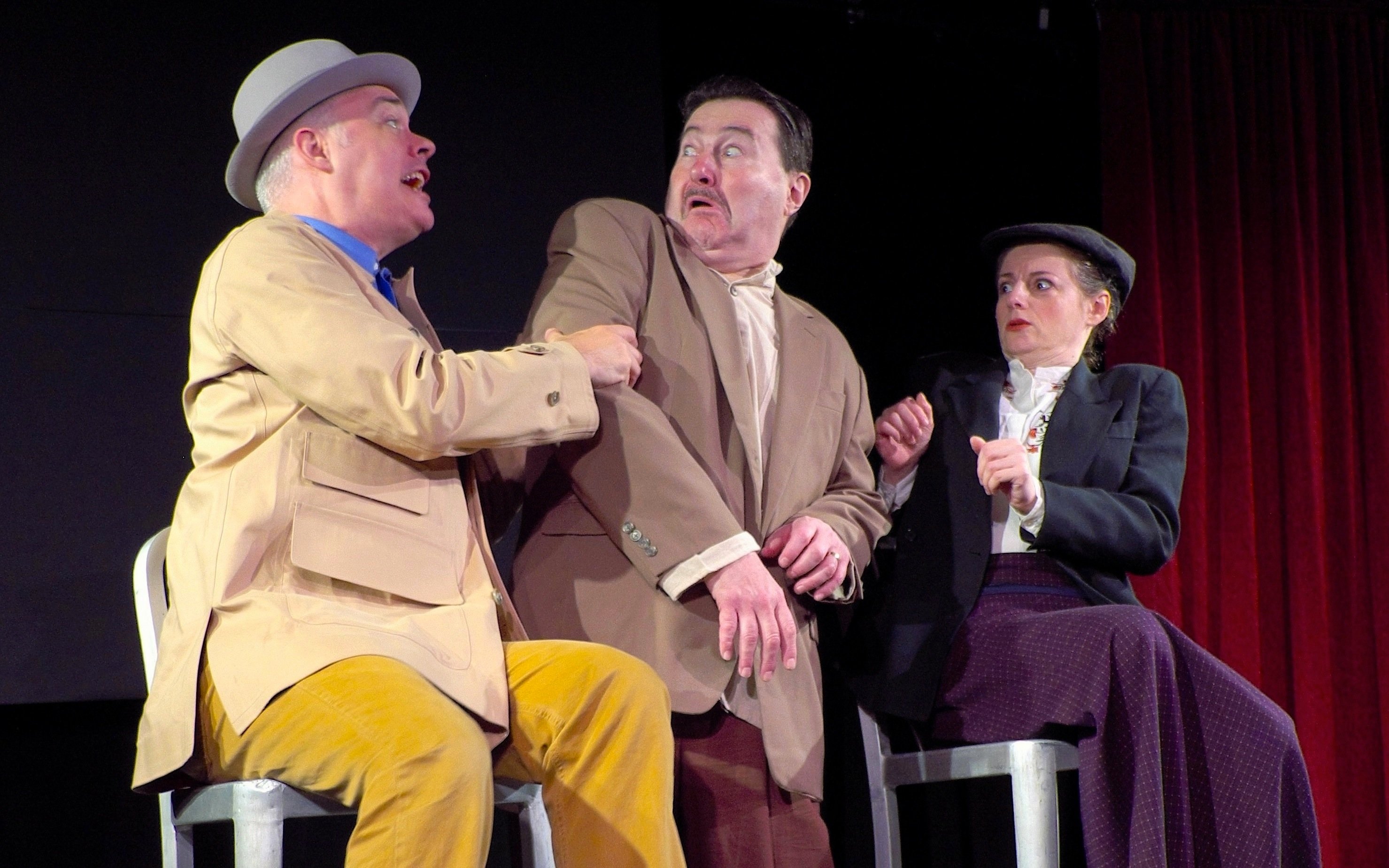 That was just the critics.
This is what audience members had to say.

“So excellent!”
“Superb!”
“Outstanding!”
“Amazing!”
“Phenomenal show!”
“Beyond beyond!”
“I laughed, I cried, I got investment advice!”
“So much fun!  Such talent!”
“Wonderful!  Do more!”
“A technical and artistic miracle!”
“Best show I saw in 2018!”
“Best show EVER!  We LOVED it!!”
“We loved every moment!”
“Oh, that delicate and refined Berditchever Stepmother Patois!”
“Sholem Aleichem would have been kvelling if he were here tonight!”
“What a joy!  Great stories, acting, chemistry… I laughed until I couldn’t anymore!”
“Today was my birthday, and this play was the best present I could have wished for”
“I haven’t laughed as much in ages — and so very touching”
“Thank you so much!  Greetings from Taiwan!” 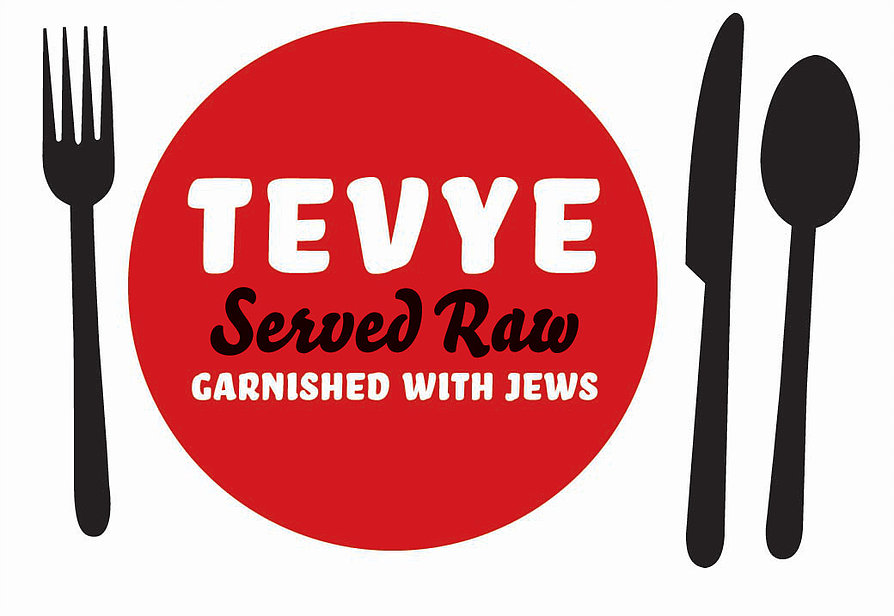 What They Left Out Of “Fiddler”

with Yelena Shmulenson, Allen Lewis Rickman
the shtetl couple from A SERIOUS MAN

at the Playroom Theater, 151 W. 46th St.
(in the heart of the Broadway district)

————————————————
Sholem Aleichem was, according to pretty much everybody, the greatest Jewish writer ever.
His stories of life in Eastern Europe are the closest thing we have to an American Jewish “ROOTS”.

Plus also, of course, he was funny.  Very funny.

And his Tevye stories were made into A Certain Broadway Musical.  But they had to be watered down to be made acceptable to 1964 audiences.  Most of the authenticity was gone.

TEVYE SERVED RAW brings it back.  This show presents the Tevye stories as Sholem Aleichem actually wrote them, including a lot that’s not in the musical.  There are also some of his greatest comedy stories.
And it’s all performed by actors who speak and understand the original language.

If you saw the show before and liked it, tell your friends
“You must go see TEVYE SERVED RAW!”

If you saw the show before and hated it, tell your enemies
“You must go see TEVYE SERVED RAW!”