About The Composer: Dmitri Pokras 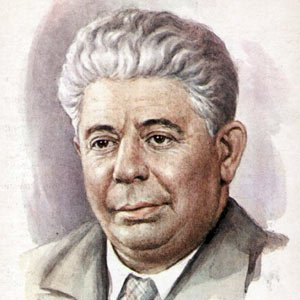 The son of a cattle drover, he revealed musical talent in early childhood; his brothers worked as cinema muscicians, the elder ones sharing their experience with the younger. But coincidence alone enabled this son of a poor family to gain a musical education. In 1914 M. Guelaver, the principal of the St. Petersburg Conservatory, heard him play and took him there to attend his classes; he spent three years in the St. Petersburg Conservatory, earning his living by playing the pianoforte in cinemas and restaurants an learning to compose variety songs.

In 1917, Pokrass returned to his native Kiev and in 1919 he enlisted as a volunteer in the Red Army, where he fought in the ranks of the First Cavalry Division and dedicated many songs to it, among them the "Budenny March". These songs attracted the attention of the Soviet high Command. In 1921 he was introduced to Marshal Voroshilov, who advised him to go to Moscow, where he lived ever since and where his creative work became recognized. He wrote music for theatrical productions and revues and appeared on the platform as a conductor and pianist. For ten years from 1926 to 1936, he was in charge of the musical section of the Moscow Music Hall and subsequently he assumed the art directorship of the jazz ensemble in the Raiway Workers House of Culture. He wrote the music for many Soviet films and for his work in film music he was awarded the Stalin Prize in 1941. Most of his mass and battle songs where composed in collaboration with his brother Daniel Pokrass.

During the war the Pokrass brothers composed many new patriotic songs, which on many occasions were composed at the front. In 1938 the Soviet Government bestowed upon Dmitry Pokrass the Order of the Red Banner of Labour.