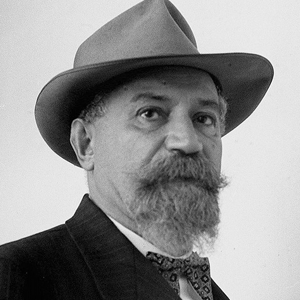 Zalman Shneur (1887 – 20 February 1959) was a prolific bilingual Yiddish and Hebrew poet and writer. He was nominated for the Nobel Prize in Literature.

Shneur was born in Shklov (Škłoŭ) in Belarus (then part of the Russian Empire) in 1887. His parents were Isaac Zalkind and Feiga Sussman. At age 13, he left for Odessa, the center of literature and Zionism during this time. Shneur moved to Warsaw in 1902, and was hired by a successful publishing house. He then moved to Vilnius in 1904, where he began to publish his first book and a collection of stories. These poems were extremely successful, and many editions were published. In 1907, Shneur moved to Paris to study Natural Sciences, Philosophy, and Literature, at the Sorbonne. He traveled throughout Europe from 1908 to 1913, and even visited North Africa. At the start of World War I Zalman Shneur was in Berlin. During the years of the war, he worked in a hospital and studied at the University of Berlin. Shneur returned to Paris in 1923. He stayed there until 1940, when Hitler’s troops invaded France. Shneur then fled to Spain, and from there he went to New York City in 1941. He died in 1959 in New York.