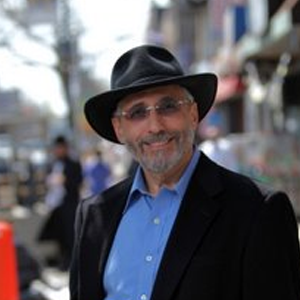 Yossi (Joseph) Toiv (born January 9, 1949), known professionally as Country Yossi, is an American Orthodox Jewish composer, singer, radio show host, author, and magazine publisher. A pioneering composer and singer in the Jewish music genre, Toiv has to his credit three albums as a member of the group Or Chodosh (“New Light”) circa 1971–73, seven albums under the name Country Yossi and the Shteeble Hoppers, and a series of six albums for children called Kivi and Tuki. He also released “Country Yossi’s Classic Calls” a humorous collection of actual on-air phone calls to his radio show. He has also released two animated Kivi and Tuki DVDs.

Toiv adopted his stage name from his parodies of popular country music tunes that he reworked to convey Orthodox Jewish themes. He then transferred the name as a brand name onto the magazine, radio show, musical albums, and children’s books which he has published for the mostly Orthodox Jewish market in the United States. Toiv has become infamous as the composer of “Little Kinderlach” which was adapted as the ubiquitous Kars4Kids jingle.

Yossi Toiv was born and raised in East New York, Brooklyn. His father, Chaim Toiv, was a well-known hazzan. As a child in the 1950s, Yossi enjoyed listening to country music and writing Jewish parodies of popular songs, such as “Big Bad Moish” (a takeoff on “Big Bad John”).

He attended the Lubavitcher yeshiva in Brooklyn,NY and was one of the first students at Yeshiva Sh’or Yoshuv founded by Rabbi Shlomo Freifeld. One of his roommates was Rabbi Shmuel Brazil, with whom he formed a band called Or Chodosh (New Light). While Brazil demurred from performing on stage on the request of Freifeld, he did write several of the band’s hits, including “Shmelkie’s Niggun” and “Bilvavi“. Yossi and the other band members, Yussie Lieber and Nachum Deutsch, toured in concert while Brazil joined them in the recording studio.