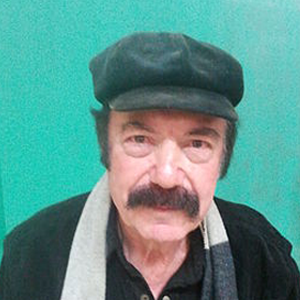 Israeli literature professor, translator and poet Yossi Gamzu, son of the famous theater and art critique Haim Gamzu, Born February 14, 1938, died February 10, 2020.
A published writer since he was nine years old, Gamzu wrote poetry, popular show tunes, translated comic books for children, taught Hebrew literature at universities in Australia and the US and published poems under the nom de plume F. Cole
His songs were performed by iconic Israeli singers such as Arik Einstein and the Yarkon Bridge Trio, he also translated the songs of Leonard Cohen into Hebrew.
His academic work included reflections on the great Yiddish language poet Itzik Manager and Naftali Herz Imber, whom he called “the first Hippy of Hebrew literature.” Imber, who wrote the Israeli national anthem HaTikva,” had a habit of travelling from one Jewish community to the other in pre-state Israel and get roaring drunk.
Gamzu married in 1968 and divorced in 1995, unable to secure his finances, he was declared bankrupt in 2013.
Gamzu was born in 1938 in Paris, France. His father was the famous theater and art critic Haim Gamzu. Gamzu is one of the few people to have his name turned into a Hebrew verb; due to his habit of writing fierce theater reviews his surname is used to mean to tear-down a new theater show.
Gamzu often said he owns a massive debt of gratitude to the poet Nathan Alterman who encouraged him to write and even gave him his column in the newspaper Davar.