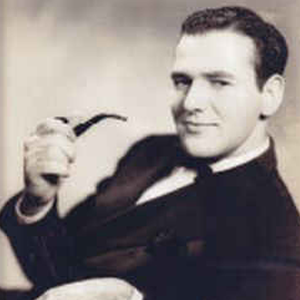 Sid Wayne (January 26, 1923 – December 26, 1991) was an American songwriter, lyricist and composer, who wrote a number of well-known songs from the 1950s to the 1980s. Almost every Elvis Presley film contained one or more works written by Wayne and his partner Ben Weisman.

His most known works are “See You In September” (co-written with Sherman Edwards), “It’s Impossible” — featuring the English lyric of Armando Manzanero’s “Somos Novios” — “Mangos” (with Dee Libbey), “Two Different Worlds” and “Relax Max” (with Al Frisch) and “I Need Your Love Tonight” (with Bix Reichner). Plus five songs co-written with Ben Weisman and Fred Karger for the soundtrack to the 1966 movie Hold On! featuring Herman’s Hermits and Shelley Fabares. Hold On! includes “The George and Dragon”, “Got a Feeling”, “Wild Love”, “Gotta Get Away” and “Make Me Happy”, the latter of which was sung by Fabares. From 1960 to 1962, Wayne was the musical director of the CBS game show Video Village, which debuted shortly after the scandal-tainted rigged quizzes of the 1950s left the air.

Born Sidney Weinberg in Brooklyn, New York on January 26, 1923, Wayne, a self-taught musician had many successes in New York. In 1961, when Video Village moved from New York to Los Angeles, he moved his young family to West Hollywood, California to start the west coast phase of his career. There he teamed up with Weisman for work on the Elvis Presley films. As Elvis’ film career tapered off, Wayne returned to his New York roots to have his biggest Grammy nominated hit with the Perry Como recording of “It’s Impossible”. This song, a love ballad for his wife Rhea, was commissioned as the English lyric to Manzanero’s “Somos Novios”. The English version, “It’s Impossible”, was originally performed by Perry Como and nominated for a Grammy Award in 1972. This success was marred by the verdict of an American court, which ruled against Manzanero in a plagiarism case involving the Spanish lyric to “Somos Novios”.

In 1980 Wayne relocated to Dallas, Texas, where he continued to write for commercial television and advertising with another songwriting partner, Stephen Arnold.