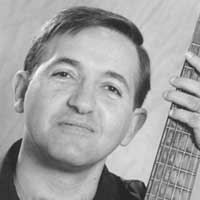 Born in Buenos Aires, Cantor Dr. Ramón Tasat learned Judeo-Spanish, the language of the Sephardic people, at his grandmother’s knee; his style reflects the rich history and drama of this extraordinary culture.

Trained in five different countries, he received a doctorate in voice performance from the University of Texas at Austin. His doctoral dissertation is entitled “The Cantillations and Religious Poems of the Jews of Tangier, Morocco.”
Cantor Tasat has toured Europe with world-renowned Dr. Robert Shaw and has participated in international festivals on both sides of the Atlantic.

Dr. Tasat has appeared in numerous opera productions including “Le Nozze di Figaro,” “Il Impressario,” and “La Traviata,” and has drawn worldwide critical as well as audience acclaim. After attending Ramón’s “Cantata Ebraica” concert, Rabbi Samuel Weintraub remarked, “Ramón Tasat is a gem. He sings with passion and true bel canto technique. I was also impressed by the seamless weaving of the operatic and Jewish liturgical traditions.”
His most notable appearances include the Kennedy Center Concert Hall; the Israeli Embassy; the Jewish Music Festival of Berkeley, California; The Limmud Conference in the UK, Saint Cére, France; Siena, Italy; Helsinki, Finland; Barcelona, Spain; and the Piccolo Spoleto Festival.
In addition to television and radio appearances, Dr. Tasat has been the recipient of numerous awards including First Place at the Montpelier Cultural Arts Center’s Recital Competition and a National Endowment of the Arts’ Grant. Dr. Tasat’s lectures, workshops, and programs range from “The Music of Modern Israel” to “Echoes of Sepharad.”

Ramón’s numerous recordings include Fiesta Sefarad, Trees cry for rain, Teshuva, Kantikas di amor i vida, a series of Sephardic duets together with the celebrated singer Flory Jagoda and his most recent, Yom She Kulo Shabbat. He has published several music books on Jewish subjects.

Cantor Ramon Tasat has agreed to become the cantor of Shirat HaNefesh (Song of the Soul), an emerging Jewish congregation in southern Montgomery County, MD.

Ramón Tasat is also the Director of the Cantorial School at the Academy for Jewish Religion, musical advisor of the Berkeley Richmond Jewish Music Festival, board member of the American Friends of Neot Kedumim and the president of Shalshelet: The Foundation for New Jewish Liturgical Music.

Zemirot and Piyutim, a Celebration of Jewish Music