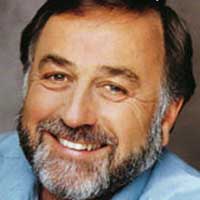 South African-born Paul Kowarsky has thrilled audiences in concerts and recitals across the world. His magnificent voice has earned him the reputation of being one of today’s finest spinto tenors. From 1980 through May, 2001, Paul Kowarsky served as Senior Cantor of the prestigious Beth Tzedec Congregation in Toronto, the largest Conservative congregation in North America. As Cantor, the outstanding quality of his voice, coupled with his soul-stirring interpretation of traditional Cantorial liturgy, has brought him the highest acclaim of his peers. He was considered one of the foremost Cantors in the world.

As Concert artist, Kowarsky attracts a capacity crowd. Notable appearances before distinguished audiences throughout the world have engendered enthusiastic praise for his professional artistry, charisma and showmanship.

Amongst his credits are concert performances in Cleveland (“Great Cantors of the World in Concert”); the Jerusalem Theatre (International Convention of Cantors); Roy Thomson Hall, Toronto (nationally televised Multifaith programme); Los Angeles (“North America’s Greatest Cantors in Concert”); under the auspices of the American Society for the Advancement of Cantorial Arts, a concert tour of major cities in the Soviet Union, Yugoslavia and Romania, including Leningrad, Minsk, Odessa, Moscow, Belgrade and Bucharest; Logan Hall, London, England, and most recently at the Coliseum of the CNE in Toronto in “The Night of a Lifetime.”

Paul Kowarsky has released CD’s and cassettes and he is also featured on a number of video recordings. He has composed numerous liturgical works, which are sung the world over. His books, “Synagogue Music for Cantor and Choir, Volumes I and II, were published by the Toronto Council of Hazzanim. Kowarsky has appeared on national radio and television, and may be heard on the “Voice of Israel” broadcast from Jerusalem.

Paul Kowarsky holds a Bachelor of Law degree from the University of South Africa and practised as an attorney for a number of years.

In May, 2002, Paul Kowarsky was appointed a Justice of the Peace by the Government of Ontario. He now presides in the Ontario Court of Justice.