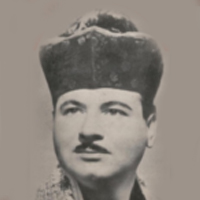 Moshe Stern is considered as one of the giants of the Cantorate, now that the golden era of chazzanim has passed. The golden era included the incomparable Yussele Rosenblatt, Zevulun Kwartin and Moshe and David Koussevitzky. Akiva Tzimmerman, in his book B’Ron Yahad (Singing Together) states that Moshe Stern would have been included in the golden age had he been alive then. I have known Cantor Stern since the time when he was a young chazzan in Israel. As a matter of fact, I even sang with him on a number of occasions. I want to mention, also, that he married the sister of one of my best friends.

The story of his life is fascinating. He comes from a family steeped in chazzanut. He was born in Budapest, Hungary in 1935. He was the youngest son of the eleven children of Chazzan Yisroel Stern. Seven of these eleven children became chazzanim. Young Moshe performed in public for the first time when he was only seven years old. He was destined to fulfill the hopes that his family had had for his gifted elder brother, Pinchas, who had been a child prodigy, but who died suddenly at twenty-one. Sadly, many of Moshe Stern’s brothers perished, one in World War II, another in the War of Israeli Independence. After surviving the Nazis in Hungary, the rest of the family immigrated to Israel in 1948 after the death of this brother. When the family arrived in Israel, they were put into barracks in Talpiot. From time to time, Yisroel would sing with Moshe in the synagogue there. The writer, Shai Agnon, who lived in Talpiot, was impressed with the davening of Moshe Stern, who was only fifteen years old at that time.

Moshe Stern was the chazzan who inaugurated the Synagogue Hechal Shlomo in Jerusalem in 1958, and stayed there for five years. From there he moved to Johannesburg, South Africa and became a very successful chazzan there. In 1968, at the age of thirty-three, he was given the most challenging position in the world for a chazzan, at the Beth El Congregation in Borough Park, New York, where he followed the great Moshe Koussevitzky. He was very successful there, also. He left Beth El in 1977 because the Jewish community in Sao Paulo, Brazil made Moshe Stern an offer he could not refuse. In Stern’s words, “For Rosh Hashanah and Yom Kippur, they offered more than I made the whole year in Borough Park…” This arrangement is still in effect, and allows Stern to record, appear in concerts, and compose.

Rabbi Israel Shor, of Beth El in Borough Park told Akiva Tzimmerman that he was privileged to be the Rabbi with such great chazzanim as Mordechai Hirshman, Berele Chaggai and Moshe Koussevitzky. However, Stern’s impressive singing of the Malchuyot, Zichronot and Shofarot from the High Holiday liturgy was the best the rabbi had ever heard. I am so impressed with Chazzan Stern’s interpretation of this part of the liturgy that I have learned and used many of these themes in my own singing of these prayers. My voice reproduces the sound of the shofar as it becomes stronger and stronger, like the trembling at the thunder and lightening when G-d appeared on Mount Sinai. As the words are sung, they are interpreted musically.

Songs Of Our Country