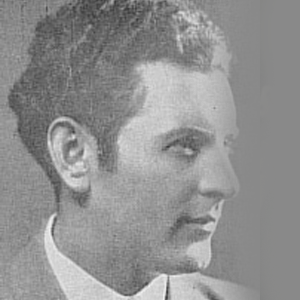 Max Cloutter was an actor, singer, conductor, songwriter, playwright. Born May 1, 1901 in the vicinity of the Galician Stanislav (Austro-Hungarian Empire, now Ivano-Frankivsk, Ukraine). Father, Avrum Kletter, was a carpenter-cabinetmaker.

He studied in one of the schools under the patronage of Baron Maurice de Hirsch. He worked as an assistant to his father. With money he bought a violin and learned how to play it on his own. But his parents were categorically against his music, and his mother broke the violin.

Once, having visited Lemberg (now Lviv) at the play of the Jewish Gimpel Theater, Kletter decided to become an actor. At first he performed in amateur theatricals, and in 1921 he was accepted into the professional troupe of Norbert Glimer, in which he traveled around Galicia.

In 1927 he immigrated to the United States. At first he sang in a nightclub, then in a Romanian cabaret. In 1930 he was accepted as an actor in the professional troupe of Isidore and Hana Holender. In 1935 he was admitted to the Jewish Theater Union.

In 1935 he played the part of Dave in the film adaptation of Anshl Shor’s play “Shir Hashirim / Song of Songs” (directed by Henry Lynn).

In 1936 for his benefit in Boston, Kletter wrote (under the pseudonym Ben Avrum) and put on the operetta “Dos Rebele punk Lemberg.” In the same year he wrote the operetta “De Libertin Krechme Oder Mein Stetele Yas”, and in 1937 the musical melodrama “In di di fen Varshe / On the streets of Warsaw”, which in 1939 was staged at the New York Parkway Theater ) and in 1940 in Argentina (with his participation). In the same 1940, Kletter wrote operetta “Dem Idisher Captain” and “Mein kaleh Hasene / Wedding of my Bride.”

In the mid-1940s he left the stage and organized his own orchestra, which included Max and Willy Epstein, Ray Muzyker, and others.

He was married to actress and singer Sylvia Feder.

Max Cloutter passed away on April 7, 1952 in New York and was buried in the Hebron Cemetery in Queens, on a site owned by the Jewish Theater Union.