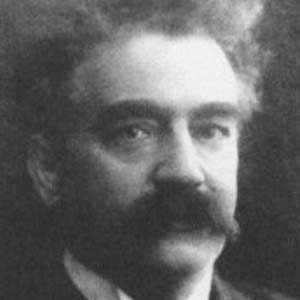 Mordkhe Rivesman is a teacher, writer, translator, theatrical figure. He was born in 1868 in Vilna (Vilnius province of the Russian Empire, now Vilnius, Lithuania).

Up to 12 years he studied in heder. Later he graduated from the city gymnasium. For 5 years he taught Yiddish in Vilna. Since 1896 he worked in the schools OPE (Society for the spread of education between Jews) in St. Petersburg. He was on the commission to help Jewish teachers who suffered during the First World War. He was published in Yiddish in periodicals (Der Freind, Der Derig).

Active participant of the OENM (Society of Jewish Folk Music), whose board member was elected on October 1, 1912. At the meetings of the OENM, he read 4 reports: “Jewish Humorous Folk Songs” (1910), “Badkhon Song” (1911), “The Love Folk Song of the Jews “(1912),” Cultural and National Significance of the OENM “(1913). By the decision of the OENM, Zinoviy Kiselgof was assisted in the publication “Leader-zalbuh headlights der schidel schul un surname / Collection of songs for the Jewish school and family” (1912), which included his three own songs, as well as translations into Yiddish.

In 1916 he participated in the creation of the ETO (Jewish Theater Society) and elected its Council. In 1919 in Petrograd as a teacher, Yiddish participated in the creation of the Jewish Theater Studio Alexei Granovsky. Later, he was in charge of the literary part created on the basis of the studio of the Jewish Chamber Theater. In 1923 he helped Moses Mlner in writing the libretto of the opera Der Chehmelen Brennen / Heaven is Blazing.