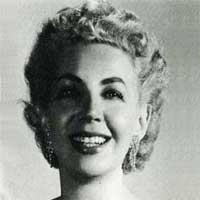 Lillian Lux (June 20, 1918 – June 11, 2005) was an Israeli-American singer, author, songwriter and actor in Yiddish theater and Yiddish vaudeville in the United States, Israel and other Yiddish speaking communities in the diaspora.

Life and career
Wife of actor-director Pesach Burstein of the Yiddish stage who was often criticized for staging melodramas and song-and-dance acts, she is best remembered for her roles in the Yiddish shows -The Komediant, and A Khasene in Shtetl (A Wedding in the Village) directed by her husband. However, her most critically acclaimed performance was in Itzik Manger’s Songs of the Megillah (Yiddish: Megille Lider – the longest running Yiddish production to date in Israel, released on Broadway as Megilla of Itzik Manger).

She has usually played roles alongside her husband, and often alongside her twin children Mike and Susan (the performing family was advertised as the Four Bursteins). On the 100th anniversary of her husband’s birth in 1996, director Arnon Goldfinger directed a documentary film about the lives and careers of the Burstein family -The Komediant.[1]

The move for the Burnstein troupe to tackle serious theater (when they produced Megilla of Itzak Menger) was part orchestrated by Lux. She also ran a cosmetics company – Lily of Israel. Even though they were critically panned, she wrote a number of the songs and musicals her family appeared in, and has also appeared in Israeli and American films, and American television, including roles in The Body and Law and Order.

Her son, Mike Burstyn is a Jewish American actor on Broadway, Israeli theatre and the Yiddish theater. Her daughter, Susan, is not a performer.

She also co-authored her husband’s autobiography – What a Life! in Yiddish (Geshpilt a Lebn, 1980), which was later translated into English.

A Concert with Lillian Lux