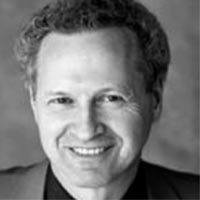 Joseph Vass conceived and wrote Gershwin The Klezmer and the book, music, and lyrics for Mishegass!, as well as all Klezmerica’s original music and lyrics. He is a member of the Dramatists Guild. Joe started piano lessons at 8, but he’s only played well since August, 1997. As a teenager, he did practice a fair amount in the basement of his parents’ house in Oak Park, Illinois. His piano teacher’s teacher’s teacher’s teacher’s teacher’s teacher was Ludwig Van Beethoven. He lives in Maplewood, Minnesota, with his wife comedian Susan Vass.