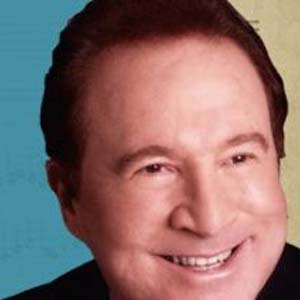 He was born in Havana, Cuba, studied High School in the Institute of the Víbora and the Law and Diplomacy Career at the University of Havana. His musical studies were conducted at the Municipal Conservatory of Havana, continuing in Mexico at the Superior School of Music of the National Institute of Fine Arts INBA, graduating from Singer (Bachelors Degree) and Master of Singing (Master’s Degree). He obtained a Doctorate in Advanced Studies of Opera in the Academy of Opera of the National Conservatory of Music of the National Institute of Fine Arts INBA. He has received vocal improvement courses in Mexico, Europe and the USA with outstanding teachers. He has taken courses in History and International Relations. He holds a degree in Broadcasting and Radio and TV Journalism.

Maestro Salinas’ presentations as recitalist and opera singer are very extensive, he is not only well known in Mexico but also in the United States, Latin America and Europe, where he has performed in: Brazil, Austria, Hungary, Romania, Switzerland, Spain and Israel.

In her artistic career as a lyrical singer she intervened outstandingly as the first tenor at the world premiere of the Mexican operas “Encuentro en el Ocaso” by Daniel Catán and “La Güera” by Jiménez Mabarac.

Among his prestigious acknowledgments, Maestro Salinas has the following as the most outstanding: