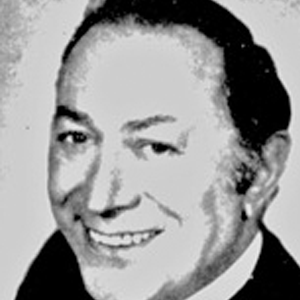 Emil Cohen (1911- February 12, 2000) was a Jewish-American comedian, humorist and entertainer. He was billed as “America’s Foremost American Jewish Humorist”. He frequently performed at the Grossinger Hotel in Liberty, New York, in the Catskill Mountains “Borscht Belt” where his Yiddish humor was well received by the predominantly Jewish audiences.

Born in Elizabeth, New Jersey in 1911 the son of Julius and Ida (Magidoff), he was raised in Wilmington, Delaware in a family that included his sister Rose and his brothers Hym and Phil. After serving in the United States Air Force during World War II, he joined the staff at the Grossinger Pancoast Hotel in Florida, where he began his career as a professional comedian and met his wife Lillian Rothman. They married in 1950, and had two sons, Jay and David.

Emil Cohen developed a unique style of humor where jokes and stories ended with the punch line in Yiddish followed immediately by an English translation that was delivered so smoothly that the audience – including those who understood no Yiddish – easily got the joke in its authentic style. He was known for his double-entendre Yiddish-English humor, particularly his translation of Lincoln’s Gettysburg Address into Yiddish. He was also a gifted raconteur and singer of traditional Yiddish songs, Chassidic melodies, Palestinian songs, and Jewish cantorial selections. His humor was inspired by the lives of the Jews of Eastern Europe in the nineteenth and early twentieth centuries, and he dedicated his career to the preservation of their heritage of Yiddish humor. He was also an inspirational speaker in support of Jewish philanthropic causes. Over the course of his career he raised tens of millions of dollars for the United Jewish Appeal and Israel Bonds. He continued to perform until about a year before his death in 2000 at age 88.