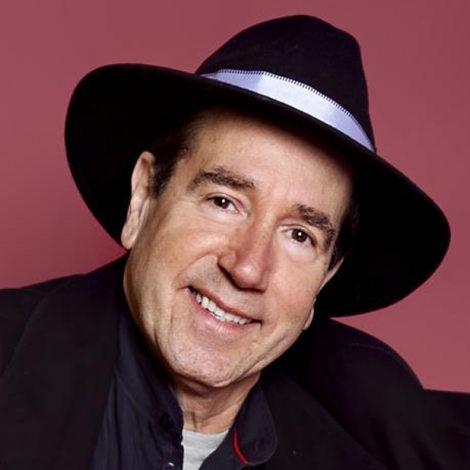 Eliseo Parra García is a Spanish musician, born in Sardón de Duero (Province of Valladolid) in 1949. Although he has cultivated different musical genres, his best known work is that of popularizing and renovating traditional Spanish music.

Eliseo Parra began his musical career in the 60s as a drummer and singer in rock bands. In 1971 he combined the solfeggio and harmony studies at the Municipal Conservatory of Barcelona with his activity in the group Mi Generación, which edited L.P. with own songs. From 1976, he participated actively in the Barcelona jazz music movement, which revolves around the Zeleste hall, playing with the groups Blay Tritono and Rondalla de la costa. In 1979 he collaborated with María del Mar Bonet on the traditional Majorcan album Saba de Terrer and joined the Valencia group Al Tall. At the end of the 70s and the beginning of the 80s he played with salsa orchestras, such as Sardineta and La Platería, as well as singers such as Ovidi Montllor, Gato Pérez, Marina Rossell and Jaume Sisa.

In 1983 he settled in Madrid and began to investigate traditional Castilian music. He founded the group Mosaico and recorded two albums with him. The first one is a tribute to the repertoire of the Castilian folklorist Agapito Marazuela, and the second one a disc of his own compositions of traditional inspiration.

From 1990, he began a solo recording career, focused on the revision of the traditional repertoire of Spanish folklore from contemporary musical parameters, with influences from traditional music from other countries, from Caribbean music, jazz and rock. His album Tribus Hispanas had a special impact, with which he won the first prize in the Villa de Madrid contest. In it, Parra offers his own compositions inspired by the songs and dances of the central area of ​​the Iberian Peninsula. After the path opened by this renovating record, others followed like Viva who knows how to love, Premio Radio Ecca for the best album of the year 2002.

In addition to being an interpreter, Eliseo Parra has carried out field ethnological work in collaboration with José Manuel Fraile Gil. Fruit of this collaboration are the books Romancero traditional of the province of Madrid, Tales of the oral tradition of Madrid, the children’s poetry in the Madrid tradition and May and its parties in Madrid.

These words of Parra in his album De ayer mañana summarize his orientation as a musician and researcher:

I need to know where I come from to get to know me better, and what at the beginning was a search for my authentic culture has become the recognition of such a resounding music that no composer can surpass. The traditional music, which in the first place an individual composed -and not to earn money-, the delivery to the people, he makes it his own and passes it on to his descendants as an inheritance until it reaches us polished like a jewel by force to follow it singing, without promotional campaigns or market monopolies, in this way I take it back, I enjoy the best I know and I pass it on to the next ones.