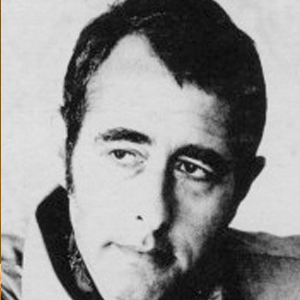 His string trio, an atonal work, obtained second prize at the Moscow Youth Festival in 1956. In Rumania he composed a Sinfonietta for full orchestra, five ballets, several songs on Rumanian texts, chamber music, music for films, and works for the synagogue.

Rubinstein emigrated in 1963 to Israel where he served 1964-5 as conductor of the light music orchestra of the Israel State Radio (KOL). He wrote the music for several films including Sabina and Her Men and Allo 999 (both ca 1966). He also wrote music for commercials and the song ‘For You Jerusalem,’ which was popular in 1967.

Rubinstein moved to Canada in 1968 and settled in Montreal, where he was musician-in-residence at the Saydie Bronfman Centre (1973-80) and founded the Big Band, composed of some 25 players aged 16-25, which gave several concerts in public and over the CBC, its repertoire comprising show tunes, folksongs, disco, and rock. Rubinstein was the founder and conductor of the Laval Community Centre Choir, which specialized in Hebrew folksongs, and also of the 45-member Workmen’s Circle Choir which sang mostly his compositions and his arrangements of Hebrew and Yiddish music. The latter choir appeared in synagogues and gave concerts in 1975, 1976, and 1977 at the Salle Claude-Champagne. Rubinstein has written incidental music to English, French, and Yiddish plays performed in Canada and the USA. He has taught piano and composition.

In 1971 Rubinstein received the J.A. Segal prize “for the most important contribution to Jewish music for the theatre in Canada.” His music is influenced by eastern European and oriental music, French impressionism, jazz, and Hebrew and Yiddish folk music. To mark Jewish Music Month in October 1979, the music committee of the Canadian Jewish Congress, Quebec Region, commissioned him to write Erev Shabbat for violin and piano, premiered 25 Oct 1979 at Samuel Bronfman House by Berta Rosenohl-Grinhauz and Luis Grinhauz. In 1985 Rubinstein became a practising psychologist, curtailing many of his musical activities, though continuing to compose. Works written after 1980 include two piano books for children, Pearls of Our Treasure (The Y, 1983), and 18 Songs for the Young Pianist (Transcontinental, 1983); and scores for the NFB movie Mordechai Richler (1986) and for the musicals The Sages of Chelm (1986), and The Unseen and The Ball (1987-9, both on plays of Isaac Bashevis Singer), which were performed at the Yiddish Theatre, Saydie Bronfman Centre.