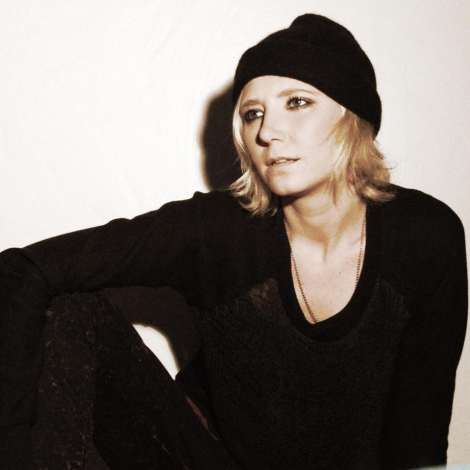 Elán DeFan (born 1 March 1983) is a Mexican recording artist, known for being one of the first Latin American female songwriters to begin her career with an English language album written completely on her own and the first independent artist from Latin America to have sold more than 1.7 millions copies of her music with her band which is also named ELAN, made up of Elán, lead vocalist and keyboard player, Jan Carlo DeFan, lead guitarist, co-producer and Elán’s brother and younger cousin and drummer Michel “Cheech” Bitar DeFan and Mauricio “The Duck” Lopez.

Elán reveals an assortment of music that has been influenced by many artists like Bob Dylan, Janis Joplin, John Lennon, Melissa Etheridge, and a few other notable influences. Elán had a notable success with albums like Street Child and London Express. she has released six albums – five in English and one in Spanish.

Elán was born on 1 March 1983 in Tlaquepaque, Jalisco. Her love for music was noticed by her mother at a very young age. “One day, she just climbed up on the bench and started to play; that was the moment where it all began. She was three…” recalls her mother. At age 4, she began writing her first songs and her father starts to record her songs in their makeshift-home studio. “She was always very determined in her writing even at such young age.” Jan Carlo recalls. At age 10, she starts to perform at private parties and theatres. She started recordings with a major record label, Warner Music Group in Mexico.

On June 13, 2003, Elán’s first single “Midnight” is released in Mexico on their own label, Silverlight Records (licensed through Sony Music Mexico) to an unprecedented response. Her single from her album reaches #1 in airplay in some Mexican territories. Midnight climbed the “Pepsi Chart” to #12. On MTV Latin America, Elán’s video goes to the Top 10 Most Wanted and goes Top 10 on the Top 20 Countdown. It was a surprise hit in Australia. It became the second most added song in its first week (second only to Eminem). The song reached number 28 on the ARIA charts. Midnight went top ten across the boards (all radio formats) in airplay in the country.

Elán gave interviews and performs on many Mexican TV programs. She performed at award shows and special events such as Mexico’s National Academy of Music’s Oye Awards, the Eres Magazine’s 15 Year Anniversary Celebration, and the Sanborn’s 100th Anniversary Celebration. She traveled throughout Mexico with her band, performing in San Luis Potosí, Guadalajara, Monterrey, Mexico City, Cuernavaca and Torreón on what became known as the Street Child Tour. She traveled to Mexico, to play at schools and promote music education. The tour was sponsored by Fermatta Music Academy. She performed in the preshow of the MTV Video Music Awards Latin America 2003 in Miami. In Australia, Elán performed on The Panel, MTV Australia, Channel V to name a few. Elán also performs two exclusive shows at “Boutique” in Melbourne and “The Basement” in Sydney.