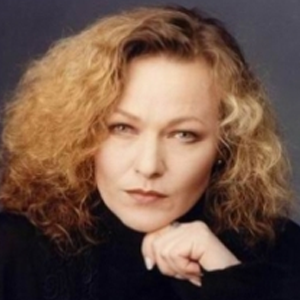 Edyta Geppert is a graduate of the Warsaw School of Music. F. Chopin. The beginning of her career can be dated back to 1984, when she received the first prize at the Review of Actor’s Song in Wrocław and the Grand Prix of the Polish Song Festival in Opole. Then the artist literally had a rain of successive laurels, including 1st place in the International Song Festival in Malta and in Bratislava, received two Wiktors for the most interesting TV personality and two more – the Grand Prix of the Festival in Opole (1986 and 1995).

The artist says about herself: I like singing the most, how beautifully Icyk Mager put it, “about what is dear and dear to the heart”. And yet: I do not belong to any team, I do not go where it falls. I choose my friends and colleagues for myself. I say what I think. For this luxury, no price seems too high for me.

The secret of the singer’s lasting success lies in her stage personality, which permeates every song, every text. Whatever he sings, it seems that he presents experiences from his own life. Nothing is foreign to her. It can change beyond recognition from minute to minute. There is an element of certain failure with fate, a hope full of idealism, according to which hardly anyone lives, but we like to listen to it. The texts made by Edyta Geppert, all together and each separately, are something more than a patchwork of trivial words under which music was laid.

Geppert was born to Polish father and Hungarian mother. She is married to Piotr Loretz. They have one son Mieczysław (born in 1988).