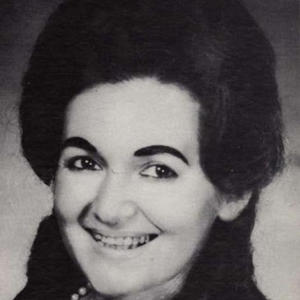 Among the first to arrive in Philadelphia from the concentration camps, Bina Landau graduated from the Settlement Music School where she began her formal voice training. To prepare for an operatic career she continued her studies in NYC with Prof. Arthur Wolf and Dr. William Hermann. Her friendship with composer Michel Gelbart who was renowned in the world of Jewish music, encouraged her to explore ways that her cultivated voice could enhance the quality and distinction of folk songs and the Yiddish art song. She also became an important interpreter of the works of classical Jewish poets.

Her charm and outstanding talent quickly captivated audiences throughout the Americas and Israel as she became sought after for concerts, television, and radio. Her phonograph recordings demonstrate that she was an outstanding and versatile performer. She won wide acclaim for her weekly radio programs on WEVD in NYC ad WDAS in Philadelphia were very popular.