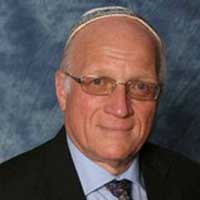 Born in Israel, Cantor Benjamin Z. Maissner holds a Bachelor of Sacred Music degree from the Hebrew Union College School of Sacred Music and a Masters Decree in Music from Temple University. He is the Cantor and Director of Music at Holy Blossom Temple, Cantor-in-Residence at Hebrew Union College in New York, Cincinnati and Jerusalem, and founding Music Director of the Lachan Jewish Chamber Choir. He enjoys a distinguished career as a soloist, conductor, lecturer, educator and producer. He is renowned for his knowledge of both secular and liturgical music, including a variety of musical styles from Jewish Renaissance and early Hebrew Art Music to contemporary Canadian, American and Israeli compositions.
Cantor Maissner is the recipient of the Moshe Nathanson Award of the Cantors Assembly for his achievements in conducting, and has been a featured soloist in conceits throughout the world, including Israel, New York, San Francisco and the former Soviet Union. He hits also served as a musical consultant for documentaries such as To Mend the World and the Man Who Hid Anne Frank.
He has recorded a series of CDs entitled The Musical Legacy of Holy Blossom Temple. Through his music, he transforms the way people hear and appreciate Jewish music, embracing its energy and conviction and demonstrating the vital role that music and education play in all our live*.