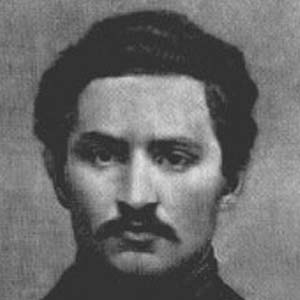 Asher Schwartzman is a poet, translator. Born October 18, 1889 in the village of Vilnia (Kiev province of the Russian Empire, now Ukraine). Born in a religious family. Father, Meir Shvartsman, a forestry employee, was associated with the Chassidic court of the Tzaddikh Tzaddik.

Early childhood passed in the village of Novinka near Kiev, where the family moved in 1896. He received a traditional Jewish education. In 1905 he moved to Kiev. Then he lived for a short time in Berdichev, where he taught Hebrew and studied at evening courses at a commercial school. In 1911 he was drafted to serve in the Russian army. From 1914 he fought on the fronts of the First World War and was awarded two St. George crosses.

In the fall of 1917 he demobilized and came to Kiev. He worked as a proofreader in the printed organ of the Bund “Folkszaitung”, in which his first poem “Di Krechme / Korchma” was published. At the end of 1918 he took part in uprisings against Skoropadsky and Petliura. At the beginning of 1919 he voluntarily joined the Red Army and commanded a platoon of cavalry reconnaissance of the 1st Bogunsky Regiment of the 44th Division.