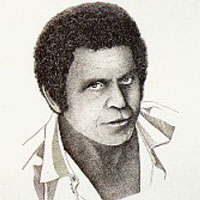 Immigrated to British-ruled Palestine when he was 8 and became one of Israel’s best-loved balladeers.

Among his many recordings was “The Red Rock,” a romantic song about the ancient Jordanian city of Petra. Critics say the song encouraged a 1960s craze among young Israelis to sneak across the unfenced border into Jordan to see the site, and some were killed in the attempt by mines or Jordanian frontier patrols.

He fathered 2 children with his wife, the actress Shoshana Shani.