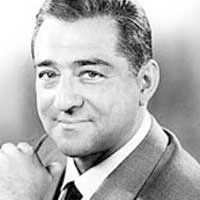 Born in Moscow in 1969. Since the age of six he has performed as a soloist in numerous children’s musical choirs. During the years 1980—1983 he was a soloist of the Large Radio and TV Children’s Choir. In 1999 he graduated from Moscow State Conservatory majoring in “solo singing”.

The main sphere of activity of the singer is historical performance in general, especially dealing with the Baroque period. As an invited soloist Andrei Andrianov has frequently sung together with the leading authentic ensembles — “Madrigal”, “Moscow Baroque”, “Soloists of the Baroque”, “Sankt-Joseph-Kapelle” and numerous others. Andrei Andrianov also specializes in Jewish cantata-oratorio (cantorial) music, — for over ten years he has participated in the Male Choir of the Moscow Choral Synagogue (“Zimra”) and the “Hassidic Cappella” (formerly the Choir of the Cantorial Art Academy).

Since 2006 he has been a soloist at the Moscow “Amadeus” Theater. He is on the faculty at the Department of Historical and Contemporary Performing Arts of the Moscow State Tchaikovsky Conservatory.