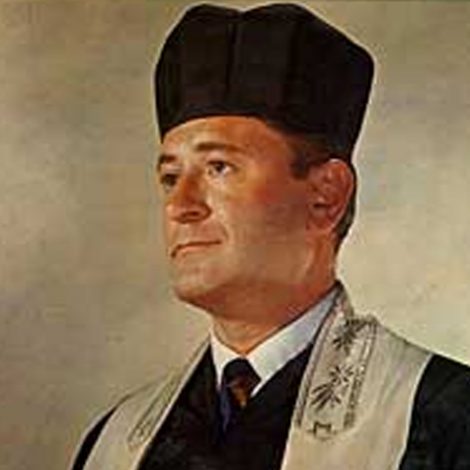 Born in Liepaja, Latvia, Michelson followed his father in becoming a cantor and sang throughout Latvia, Germany, Sweden and Poland. He came to the United States shortly before the beginning of World War II and served in the U.S. Army for four years. After he was discharged, Michelson continued his musical studies in Indianapolis and Chicago and moved to California in 1952 where he accepted the cantorial post at Temple Adat Ari El, then called the Valley Jewish Community Center and Temple. As cantor, Michelson served in several capacities including educator and conductor. He retired in 1984.

His voice was heard in several films, including “The Silver Chalice” (1954), “Land of the Pharaohs” (1955) and “Judgment at Nuremberg” (1961). Michelson was also the featured soloist on the “The House of the Lord” recording with the Roger Wagner Chorale.

Songs of the Sacred Book