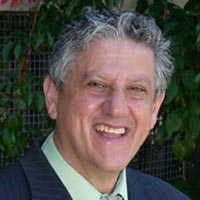 Aaron Bensoussan comes from a prominent Rabbinic dynasty that can trace its lineage back to Maimonides. His grandfather, Rabbi Haim Bensoussan, was the Chief Rabbi of Morocco. He immigrated to the USA in 1968, attending the Telsher Yeshiva in Chicago and the Yeshiva Torah Vadaat in New York.

At the age of 24 he began his cantorial career as Hazzan at the Sephardic Jewish Center in Forest Hills, NY, a position he held for the next five years. After graduating the Seminary in 1986, he served as Cantor of Temple Gates of Prayer in Flushing, NY. And then served for 11 years as Cantor of Temple Beth Sholom in Roslyn Heights, NY.

In addition to his cantorial work, Bensoussan has performed in concert halls, theaters, temples, festivals and special events throughout the USA, Canada, Israel, Europe and Australia. Most notably, he has performed at the Mann Auditorium in Tel Aviv, the Jerusalem Theater in Jerusalem, and Carnegie Hall in NYC. He often accompanies himself with Arabic musical instruments such as the “oud” (Arabic lute), and the “darbouka” (Arabic drum).

A prolific composer, Bensoussan’s recordings are filled with his own compositions as well traditional favorites. Blending Ashkenazic and Sephardic styles he is able to create an upbeat music and an intoxicating soulful sound.